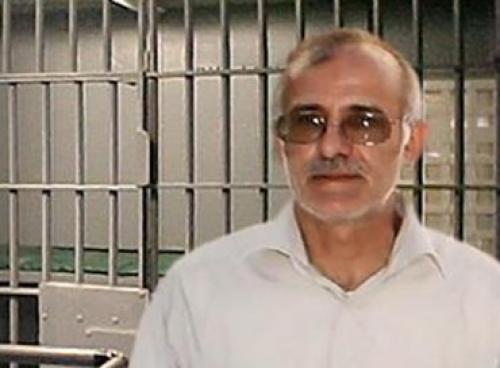 The last time he was detained in 2011 and sentenced to another year of imprisonment in December 2015, despite his punishment being already paid. Moezzi suffers from several illnesses and has often been put in isolation, and tortured. This year's January was held in Room 12 of Section 4 of Gohardasht Prison in Karaj, west of Tehran.

Recently, thanks to the information provided by the National Council of Iranian Resistance, we are aware of his transfer to Ward 8 of Teheran Prison. Despite he has already served his two years’ sentence, the fundamentalist regime is trying in all ways to prevent his release. Ali Moezzi's health is precarious, suffering from several medical complications: prostate cancer, bladder cancer and various kidney problems.

The accusation against the political prisoner continues to be that of "Propaganda Against the Regime". The delicate political situation in Iran is also the outcome of the long-running riot in the regime, between the wing chaired by Rouhani's re-elected president and the ultra-conservative wing that has as a reference point and guide, not only spiritual, the ayatollah Khamenei. In the Iranian theocratic system, almost all power is in the hands of the "spiritual leader," Khamenei; The presidents of the republic have the task of showing a different face abroad, functional to different historical moments.

So considering the dialectic between "moderate" and "extremist" in the perspective of improving human rights or a change in the behavior of the theocratic regime is completely out of place. Ahmadinejad's screams, Khatami's smiles, Rouhani's proclamations are tactical and functional to the system, which remains the same to himself.

The current president of the mullah was a member of the security apparatus (which in the Islamic Republic means repression). It was Hassan Rouhani, secretary of the National Security Council, who, in the summer of 1998, ordered the bloody repression of university students.

This situation is creating further persecution towards democratic dissidents.

“Hands off Cain” joins the appeal of the Iranian Resistance and numerous non-governmental organizations to prevent new charges from closing down Ali Moezzi still in prison, and for him to be immediately and unconditionally released.