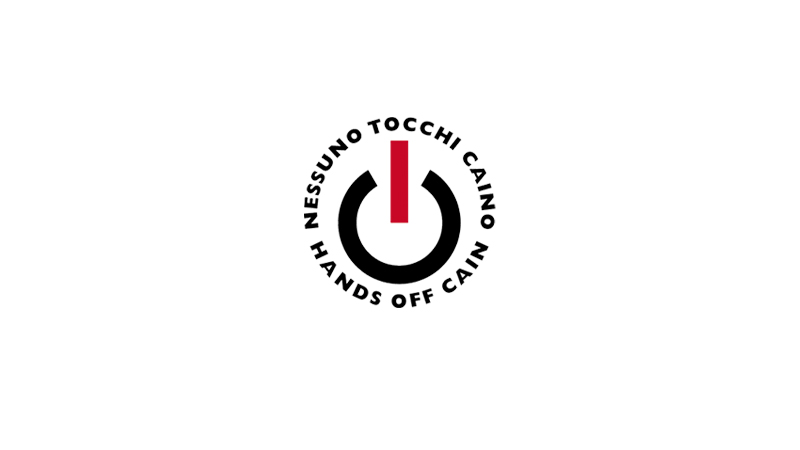 The Association "HANDS OFF CAIN – Spes contra spem”, founded in 1993 by the Nonviolent Radical Party, Transnational and Transparty", is a body with direct or federative membership which is conducting a world parliamentary campaign for the abolition of the death penalty, the penalty till the death and the death for penalty.

1.1. The organs of the association are the following: the General Assembly; the Board of Directors; the Executive Secretariat - comprising the President, the Secretary and the Treasurer -; the Honorary Presidency.

The registered office of the association is at Av. De Terveuren 152, 1150 Bruxelles, Belgium*. The registered office can be transferred to any other part of the Brussels complex by the Board of Directors's simply making this decision to be published, within one month, in the inserts accompanying Belgium's Official Gazette. Its operational headquarters are in Rome at Via di Torre Argentina 76.

Here it moved from Rue Belliard 89, according to a decision of the Fourth Congress of Hands Off Cain (December 2009)

HANDS OFF CAIN is a non-profit-making organisation, with the aim of abolishing throughout the world all constitutional laws and articles, and fundamental law, that provide for the death penalty to be inflicted following a sentence pronounced by a legally constituted Criminal Court.


implements projects in the field of the Development Cooperation, in particular referred to public institutions building, Rule of Law, good governance, and promotion of human rights*; shall promote every scientific, political and cultural initiative which aims at abolishing the death penalty, and informing, and awakening, public opinion.

Amendment to the Statute approved by the Fourth Congress of Hands Off Cain (December 2009).

Anyone who applies to HANDS OFF CAIN can become a member, on condition that they pay the set membership fee and comply with the regulations laid down in this Statute.

4.1. The following qualify as members of HANDS OFF CAIN:

4.1.2 The confederation of such associations or groups does not necessitate their own members or supporters joining HANDS OFF CAIN. The period specific of confederation can also be limited to a specific time. The confederation is created - also in the case of HANDS OFF CAIN federalising with other groups - on the basis of an accord between the executive organs of the associations entering into the agreement. For HANDS OFF CAIN's part, the accord is finalised by the Executive Secretariat and ratified by the Board of Directors. The above-mentioned accord must specify the sum of the financial contribution and the means of payment; the initiatives which will be jointly supported; how and to what degree the federalised groups and associations will be represented in the organs of HANDS OFF CAIN.

4.1.5 The members all have equal rights and, among these rights, that of examining the company books by making a request to the Administrative Body.

The membership fee is established by the General Assembly. GENERAL ASSEMBLY

The association can make use of volunteers in carrying out the activities of the work.

Volunteers are those who, by free choice, carry out activities in favor of the association or its projects, making their time and skills available in a personal and free way, not even indirectly for profit. Reimbursement of expenses can be recognized in accordance with the provisions of the Third Sector Code.

The Board of Directors has the right to establish a register in which to register volunteers.

The General Assembly is composed of members and confederates, all of whom have the right to vote.

6.1. It will hold one ordinary meeting at least once every two years and will be convened on the date and in the place decided upon by the Executive Secretariat.

6.1.2. An extraordinary meeting can be called either by the Board of Directors or by one third of the members of the General Assembly.

The summons must be sent out at least 15 days before the date fixed for the General Assembly, and must include the agenda of the meeting.

The General Assembly is the supreme organ.

The following responsibilities in particular fall within its competence:

Apart from the exceptions specified herein, the General Assembly's decision will be valid no matter how many members are actually present.

8.1. Apart from the exceptions specified herein, such decisions are reached by a simple majority vote cast by members who are present.

The discussions, the minutes and the decisions taken by the General Assembly will be taped in their entirety; the decisions taken and the documents produced will be recorded in a register, signed and kept by the Executive President who will make it available to members.

Without prejudice to Article 5 of the Belgian law concerning international associations, any proposal to modify the Statute or to wind up HANDS OFF CAIN must issue from the Board of Directors or from at least two thirds of the regular members gathered at a meeting of the Association.

9.1. The Board of Directors must communicate the contents of the motion to all members at least 15 days before the date of the General Assembly, which must reach a decision on the modification to the Statute or the winding-up of the association.

The General Assembly can only reach a binding decision regarding said proposal if at least an absolute majority of the members participate in the voting.

In the event that said Assembly does not reach the quorum, a second General Assembly will be convened (on the same conditions), which will make a final and binding decision, with an absolute majority, concerning the proposal in question, however many members are present.

9.1.5. In the event of extinction or dissolution, the residual assets are devolved to other Third Sector Entities identified by resolution of the Board of Directors with the consent of the competent Third Sector Registry Office.

The members of the Board of Directors are nominated from the General Assembly, following the suggestions made by Presidency of the Assembly.

10.2.3. Their mandate lasts for a specified term, or more precisely, for the period between two ordinary General Assemblies, according to the provisions of Article 6. The mandate of members of the Board of Directors can be renewed.

The Board of Directors will meet at least once a year, in the place that has been specified. It can be convened by the President, by the Secretary or by the majority of its members.

The Board of Directors can only confer when an absolute majority of its members participate in the vote; decisions are taken with a simple majority vote. In case of necessity, the President's vote counts as two votes.

All documents which commit the association in any way whatsoever, with the exception of special power of attorney, must be signed by either the President of the Board of Directors, the Secretary or the Treasurer, depending on the nature of the document, who do not have to justify their position in the association to third parties.

The Board of Directors shall elect a President, a Secretary and a Treasurer from among its members.

It is the President's task to summon and to chair the meetings of the Board of Directors; to participate in the meetings of the Executive Secretariat and to be responsible for the minutes; to ensure that all information is communicated to the different organs of the association and to its members; to investigate and settle eventual disputes concerning the Statute; to open the proceedings of the General Assembly and to present a report on the activities of the Board of Directors at that meeting; to conserve the minutes of the General Assembly.

The Treasurer is responsible for the HANDS OFF CAIN's economic policy. He has the task of promoting any initiative that might be useful in making HANDS OFF CAIN self-financing and obtaining financial resources; he manages HANDS OFF CAIN's capital for which he is responsible. The Treasurer is assisted by a treasurer's office employing a minimum of three, and a maximum of five persons. He is the association's legal representative in all financial and economic matters. He presents the budget and the subsequent revisions to the Board of Directors, after the former have been approved by the Secretary and the President.

The Honorary Presidency is composed of celebrities from the world of science, culture and politics who have promoted the campaign for a moratorium on executions with a view to abolishing the death penalty. With a mandate from the Executive Secretariat, the Honorary Presidency can represent HANDS OFF CAIN as far as the press (newspapers and magazines) and television are concerned, and also at international meetings and debates, by promoting abolitionist ideas.

The Board of Directors must present the balance sheet of the preceding financial year and the budget for the following year to the General Assembly for approval. The financial year corresponds (according to law) to one solar year.

A financial year of different duration, for example, one which coincides with the interval between two General Assemblies, can be decided upon by the Board of Directors.

The financial means of the association are represented by:

The financial statements are subject to the approval of the Assembly within 120 (one hundred and twenty) days from the end of the financial year, are drawn up according to law and formed by the Balance Sheet and the Management Report with an indication of the income and charges.

It is accompanied by a report that illustrates the individual items, the economic and management performance of the association, the methods of pursuing the institutional purposes, as well as the secondary and instrumental nature of the activities other than the institutional ones. The report takes into account any comments or suggestions from the Control and / or Auditing Body.

The budget thus formed, once approved by the Assembly, is deposited in the Single National Register of the Third Sector (Registro Unico Nazionale del Terzo Settore) by the Board of Directors.

The budget, in the cases provided for by law, must be published on the association's website, with an indication of the emoluments, fees or payments attributed to the members of the Board of Directors, to the Supervisory Body as well as to the associates.

It is forbidden for the association to distribute, even indirectly, profits and operating surpluses as well as funds, reserves or capital during the life of the organization, unless the destination or distribution is required by law or is made in favor of other Third Sector Entities.

In the cases provided for by law or if deemed appropriate, the Assembly appoints a single or collegial Supervisory Body according to the decisions made during the appointment.

It can also carry out the statutory audit of the accounts.

The members of the Control Body have the right to participate, without the right to vote, in the meetings of the Board of Directors and those of the Assembly that approves the financial statements.

If the Supervisory Body is made up of 3 (three) non-associated members, one of which must be registered in the Register of Statutory Auditors, the office lasts 2 (two) years and can be re-elected. The deadline of the Supervisory Body cannot coincide with that of the Board of Directors. The provisions of art. 2399 of the Italian Civil Code

Everything that is not specifically provided for by the present Statute, and in particular the information that must appear in the documents enclosed with Belgium's Official Gazette, is governed by the Belgian Law of 15 October 1919, revised on 6 December 1954, regarding international associations which pursue philanthropic, religious, scientific, artistical or pedagogical aims, as well as by Legislative Decree 3 July 2017, n. 117 or other relevant law on the matter.