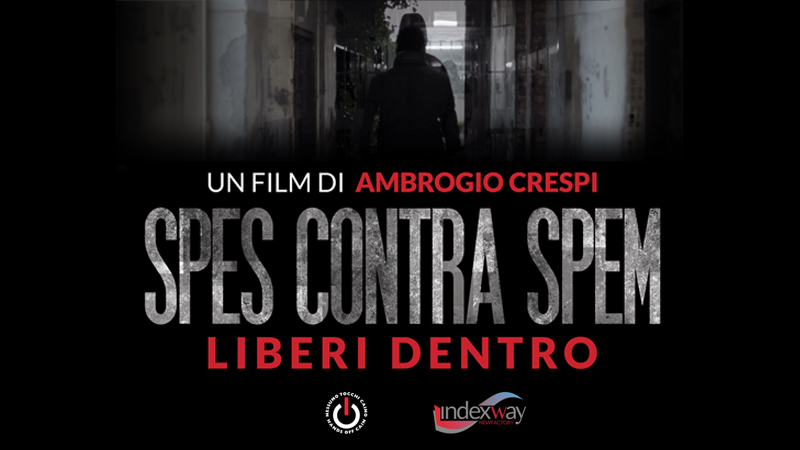 The reference comes from The Epistle of St. Paul to the Romans (4, 18) and the talking about Abraham's hope: “In hope he believed against hope”, says Paul. The title aims to underline how important is to be subject of hope instead of possessing hope, as was the case for Abraham, who chose to be the instrument of God and "become he himself hope" for his people. In that regards, testimonials will be those who, for their experience as detainees or for their action related to detainees, are an hope for all of those who are in life imprisonment or in inhumane or degrading conditions of isolation detention.

To this regard, the project aims to:


promote an awareness campaign through the docu-film “Spes contra spem” by Ambrogio Crespi. This work is the result of the dialogue and the common reflection of lifers restricted at the Opera Prison and prison staff : it consists of images and interviews with detainees sentenced to life imprisonment, the prison director, the prison police officers and the head of the Italian Penitentiary Administration Santi Consolo. From the document emerges clearly not only an internal change of the detainees - in their way of thinking, feeling and acting - but also the explicit break with past logic and behaviors and greater confidence in the institutions. It also emerges from testimonies that the prison-institution can make the change and re-conversion of persons detained in genuinely free people.


Containing the death penalty in times of the “war on terror” in Egypt, Somalia and Tunisia

The action, supported by the EU Commission and of three years (2017-2019), is based on a synergy between Hands off and local NGOs, Somali Women Agenda (SWA), Arab Institute for Human Rights (AIHR) and Arab Organization for Human Rights (AOHR) Cain in fighting for the abolition of the death penalty and the respect of human rights.

The general objective is to support actions aiming at establishing moratorium, ending and/or restricting the scope of the death penalty or, at least, secure its lawful application according to international law.

The first specific objective is monitoring and documenting the respect for international standards on the death penalty with reference to: right to a fair and impartial trial, ‘most serious crimes’ threshold, juvenile offenders, gender discrimination, people with disabilities, length of time spent, even in solitary confinement, on death row as well as secret detentions.

The second specific objective is raising awareness of the judiciary and other law enforcement agencies such as correctional services, criminal defence lawyers, Governments and MPs, clan elders & religious leaders on international standards and States commitments on the death penalty.

The third specific objective of supporting legal reforms to abolish the death penalty, establish a moratorium or restrict its use. This goal will be pursued also triggering jurisdictions.