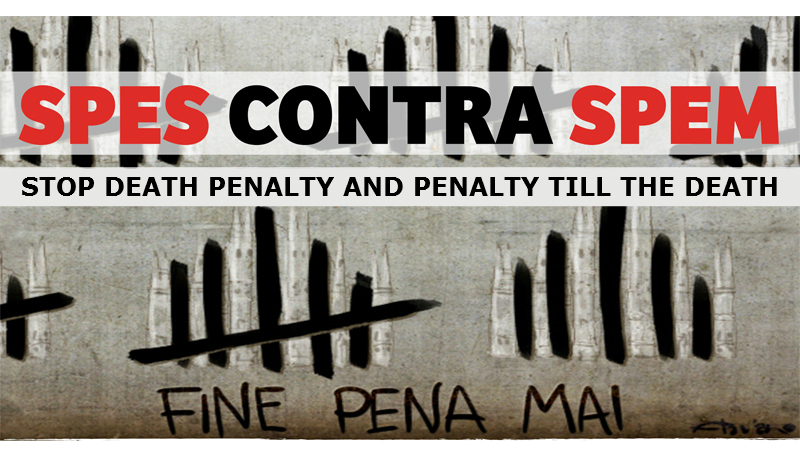 SPES CONTRA SPEM – FREE IN: TO DEBATE ON DEATH PENALTY AND PENALTY TO DEATH

With your membership, you become an active part of the association Hands Off Cain.

By registering you become a member of a literally "society for actions", a company with an immeasurable "productive" cultural value, as well as legal and political.

In these recent years, we have achieved with the Nonviolent Radical Party, Transnational and Transparty, the success of the Resolution for the universal moratorium on capital punishment adopted by the General Assembly of the United Nations.

Today we are engaged in the concrete implementation of the pro-moratorium Resolution around the world, starting from Africa and in the abolition of life imprisonment, a hidden death penalty.

Death penalty and penalty till death are punishments that belong to the past, that violate the right to hope and the dignity of the prisoner. With our actions we are to overcome these punishments, along with the cruel, inhuman and degrading treatment such as solitary confinement in maximum security prisons.

Hands Off Cain means justice without revenge, it is to stand on the side of Abel without fueling more violence, more pain.

Support is pledged on an annual basis. Membership fees are: