government: presidential republic
state of civil and political rights: Partly free
constitution: August 1991, amended by the Parliament on 5 January 2016 (a constitutional referendum was held on 11 August 2016, but turnout was only 44%, below the 50% threshold required to validate the result)
legal system: based on common and customary law; judicial review of legislative acts in an ad hoc constitutional council
legislative system: unicameral National Assembly
judicial system: Supreme Court, High Court
religion: Christian 50%-75%, Muslim and Hindu 24%-49%, indigenous beliefs 1%
death row: 170 (of which 168 male and two women, as of 27 April 2017, according to the Zambia Prisons Service)
year of last executions: 0-1-1997
death sentences: 6
executions: 0
international treaties on human rights and the death penalty:

In November 2016, a delegation of Hands Off Cain led a mission to Zambia as part of a project supported by the Italian Foreign Ministry. The delegation, led by Antonio Stango (member of the association's Executive Board, and president of the Italian League for Human Rights), was also composed by Eleonora Mongelli, Yuliya Vassilyeva and Raphaël Chenuil-Hazan (Vice President of the World Coalition against the Death Penalty ).
In Lusaka, thanks to Ambassador Philip Scammacca, also responsible for Malawi, the delegation met with the Minister of Justice Given Lubinda who said he was personally in favor of abolition and, realizing the opportunity of a positive vote on the resolution, he said it would discuss with colleagues in government. Although one of his advisers had suggested that a formalization of the de facto moratorium in the country might seem at odds with the "Bill of Rights" included in the Constitution, which proclaims the right to life but provides exceptions if prescribed by law (in a previous meeting this position was also affirmed by the assistant director-general for international organizations at the Foreign Ministry, Eliphas John Chinyonga, according to whom a referendum would be necessary even to move from a de facto moratorium to a de jure one), the Minister Lubinda seemed convinced of the fact that the vote on the resolution would not create any problem of this type having no legal significance. Its opinion is particularly influential because he was also recently Foreign Minister and thus understands the actual implications of the vote. The Minister also claimed that in Zambia the majority of the population is satisfied with the moratorium, and noted that there were no protests after the President commuted 332 death sentences to prison terms. On a general level, he said he was oriented to promote the abolition of the mandatory death penalty for certain crimes, extending the discretion of the court, as a further positive step towards a future abolition. There was also a meeting with all the parliamentarians of the Commission of Legal Affairs, and very positive meetings with the Archbishop of Lusaka Telesphore George Mpundu, with the President of the Council of Churches, with the National Commission for Human Rights, and with representatives of numerous non-governmental associations.

Two police officers of Choma have been sentenced to death by hanging for causing the death of a suspected thief, The Daily Mail reported on 10 April 2020.

A 25-year-old woman of Ndola has been sentenced to death by hanging for murdering her biological mother, The Must reported on 2nd March 2020.

The Ndola High Court has sentenced to death a 33 year old inmate for rape and murder of a woman at a farm in Luanshya, Zambia Reports reported on 2nd February 2020. 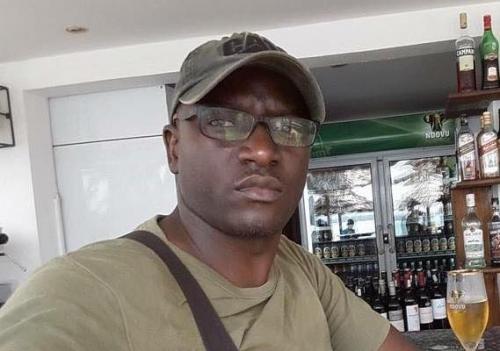 Lusaka businessman Nshinka Kaputo who murdered Multichoice employee Precious Mangesana who was his lover, on 29 January 2020 was sentenced to death by hanging and 25 years imprisonment with hard labour four causing grievous harm to his three-year-old daughter.

The Lusaka High Court on 3 January 2020 convicted and sentenced a police officer, Edwin Kabasiya, to death by hanging for the murder of his colleague Lennox Kapila.

Two police officers of Choma have been sentenced to death by hanging for causing the death of a suspected thief, The Daily Mail reported on 10 April 2020.
This is in a case Marstone Simweene, 38, and Muyunda Mufungulwa, 31, of Macha Police Post in Choma, were charged with murder.
Livingstone High Court Judge Chilombo Phiri heard on 9 April that on 10 March 2018, the duo received information from Mapeke’s father that his son was hiding in the house after stealing some goods and asked the police to apprehend him.

A 25-year-old woman of Ndola has been sentenced to death by hanging for murdering her biological mother, The Must reported on 2nd March 2020.
This is in a case where Hildah Zulu of Lubuto Township in Ndola is charged with murder contrary to the Laws of Zambia.
On 26 November 2018, Zulu murdered her mother, Rachael Kapambwe, after she returned home from drinking beer.
In her defence, Zulu told the court that on the material day around 19:00 hours, she told her mother, Kapambwe, that she was going out for a drink.
She said when she returned home the following day at around 09:00 hours, her four-year-old daughter told her that her grandmother was not waking up.
Zulu said when she rushed to check her mother in her bedroom, she found her facing up with her neck twisted to the left.
Zulu testified that her mother was rushed to the hospital with the help of neighbours and 30 minutes later she died.
She said there was no way she could have killed her mother because the two were best friends.
But Ndola High Court Judge Yvonne Chembe found Hildah Zulu guilty, stating that she intended to cause the death or grievous harm to her mother.
Judge Chembe said that Zulu was living with her parents and instead of appreciating their love and help, she tortured her mother by living a wayward life.

The Ndola High Court has sentenced to death a 33 year old inmate for rape and murder of a woman at a farm in Luanshya, Zambia Reports reported on 2nd February 2020.
This is in a case Edward Nkweto, who was convicted of burglary and theft is alleged to have committed murder and rape.
Nkweto, had only 22 days to his release before he committed the other crimes that have landed him in a death sentence.
Facts before court were that Nkweto, on 19th June, 2019 whole working at a farm with other inmates, did rape and murder Charity Mayeya contrary to the Laws of Zambia.
When the matter came up for judgment in the Ndola High Court, Judge Derrick Mulenga found Nkweto guilty on both counts stating that the Prosecution team had proved the case beyond reasonable doubt.
Judge Mulenga sentence Nkweto to 20 years imprisonment for rape and to death for murder.

Lusaka businessman Nshinka Kaputo who murdered Multichoice employee Precious Mangesana who was his lover, on 29 January 2020 was sentenced to death by hanging and 25 years imprisonment with hard labour four causing grievous harm to his three-year-old daughter.
High Court judge Catherine Phiri said it was unfortunate that Kaputo’s selfishness to possess the child resulted in Mangesana’s death and causing injury to the child.
Justice Phiri said that parents have equal rights to a child, but in carrying out his selfish motives, Kaputo ended up injuring the three-year-old who was innocent.
In this matter, Kaputo was facing charges of murder and intent to cause grievous harm.
Kaputo on 5 October 2017 shot dead Mangesana and wounded his daughter.
Mangesana met her fate when she went to collect her daughter, who was the bone of contention between the two, from Nshinka’s residence in Lusaka’s Meanwood area.

The Lusaka High Court on 3 January 2020 convicted and sentenced a police officer, Edwin Kabasiya, to death by hanging for the murder of his colleague Lennox Kapila.
This is in a matter where Kabasiya shot Kapila on January 4, 2019 at Munali Police Post for refusing to arrest a technician who was fixing his TV which was meant for sale.
High Court judge Kazimbe Chenda said it was unfortunate that Kabasiya betrayed the trust of the Zambian people for him to use a fire arm.
In his defense, Kabasiya claimed that he accidentally shot Kapila when he tried to prevent his firearm when falling.
In his judgment, justice Chenda said that he was satisfied that there was a homicide and that Kabasiya committed the offence but refused to accept that Kapila was accidentally shot as an eyewitness had disclosed that Kabasiya and Kapila had an altercation.