government: parliamentary democracy (Federal Parliament) under a constitutional monarchy; a Commonwealth realm
state of civil and political rights: Free
constitution: 9 July 1900, effective 1 January 1901
legal system: based on English common law
legislative system: bicameral Federal Parliament consists of the Senate and the House of Representatives
judicial system: High Court of Australia (consists of 7 justices, including the chief justice); note - each of the 6 states, 2 territories, and Norfolk Island has a Supreme Court; the High Court is the final appellate court beyond the state and territory supreme courts
religion: 26% Roman Catholic; 21% Anglican; 21% other Christian; 1% other [including Aboriginal]
death row:
year of last executions: 0-0-0
death sentences: 0
executions: 0
international treaties on human rights and the death penalty:

situation:
The death penalty was formally abolished in Australia in 1985.
The last Australian killed by the judiciary, Ronald Ryan, was hanged in Melbourne's Pentridge Prison on February 3, 1967. Between 1901 and 1967, when the country implemented capital punishment, 114 people were executed in Australia.
Queensland was one of the first jurisdictions anywhere to abolish the death penalty, in 1922.
Australia is a world leader in seeking the abolition of capital punishment. In international forums, Canberra is a traditional co-sponsor of United Nations resolutions against the death penalty, and, as a matter of policy, makes representations on behalf of many non-Australians facing the ultimate sentence in retentionist countries.
The Extradition Act in force in the country clearly provides that a person cannot be extradited where an offence is punishable by death unless the country seeking extradition agrees the death penalty will not be imposed or carried out.
On December 19, 2016, Australia once again co-sponsored and voted in favour of the Resolution on a Moratorium on the Use of the Death Penalty at the UN General Assembly. 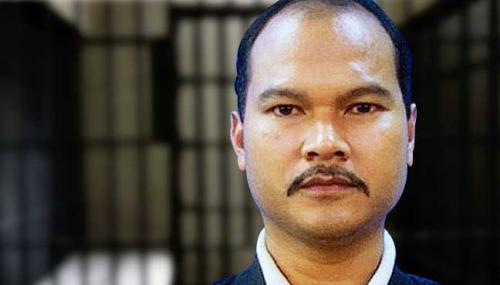 Australia will not extradite convicted murderer and former police officer Sirul Azhar Umar unless the death penalty is abolished in Malaysia, said lawyer Ramkarpal Singh on 22 January 2019.
After today’s first day of hearing of a RM100 million suit filed by the family of slain Mongolian national Altantuya Shaariibuu against the government at the Shah Alam High Court, the lead counsel for the family told reporters that Australia won’t agree even with the current moratorium on capital punishment.