government: federal parliamentary republic
state of civil and political rights: Not free
constitution: ratified on 15 October 2005 (subject to review by the Constitutional Review Committee and a possible public referendum)
legal system: based on European civil and Islamic law under the framework outlined in the Iraqi Constitution;
legislative system: Council of Representatives
judicial system: the Iraq Constitution calls for the federal judicial power to be comprised of the Higher Juridical Council, Federal Supreme Court, Federal Court of Cassation, Public Prosecution Department, Judiciary Oversight Commission and other federal courts that are regulated in accordance with the law
religion: Muslim 97% (Shi'a 60%-65%, Sunni 32%-37%), Christian or other 3%
death row: at least 6000, as of Decmber 2017 according the UN Committee for Human Rights. On 30 December 2016, the Justice Ministry disclosed that there are about 300 death-convicts are in Iraqi prisons, but the execution verdicts were not implemented till now.
year of last executions: 0-0-0
death sentences:
executions: 0
international treaties on human rights and the death penalty:
situation: 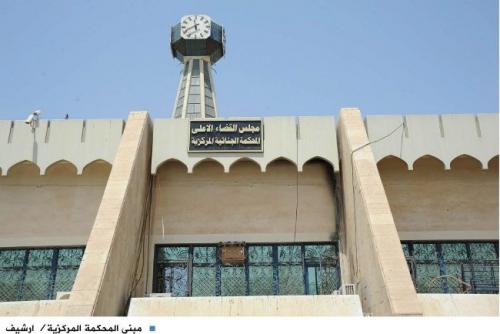 An Iraqi court on 30 May 2022 sentenced to death an ISIS group member convicted of plotting a 2021 bomb attack that killed 32 people in a crowded Baghdad market.

The Dhi Qar criminal court on 25 April 2022 issued a death sentence against a ‘terrorist’, a security source reported.

An Iraqi court on 30 May 2022 sentenced to death an ISIS group member convicted of plotting a 2021 bomb attack that killed 32 people in a crowded Baghdad market.
It was the city’s first major suicide bombing in three years that ended a period of relative calm after Iraq declared the defeat of the extremist group in late 2017.
The man, who was not named, was found guilty of planning the January 2021 twin suicide bombing that hit the market at Baghdad’s Tayaran Square and also wounded 110 people.
A Baghdad court has sentenced the attack’s “primary perpetrator,” the Supreme Judicial Council said in a statement.
He had confessed to being part of ISIS since 2012 and to having equipped the two suicide attackers.
In the attack, one man drew a crowd by claiming to feel sick before he detonated his explosives belt, the interior ministry said at the time.
As more people flocked to the scene to help the victims, the second suicide bomber set off his explosives.

The Dhi Qar criminal court on 25 April 2022 issued a death sentence against a ‘terrorist’, a security source reported.
The source told Shafaq News agency that the terrorist, known as "al-Dulaimi", is accused of kidnapping civilians and killing them in Diyala.
Dhi Qar Governorate is a governorate in southern Iraq. 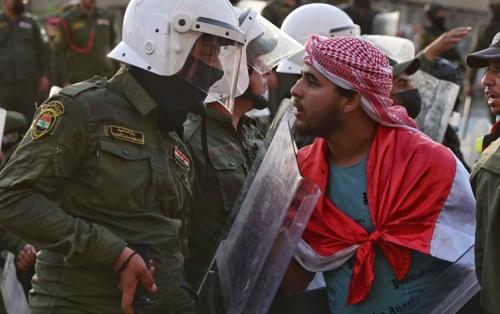 An Iraqi court has sentenced a man to death over the 2019 killing of an activist who had taken part in anti-government protests that year, the judiciary said on 25 October 2022. 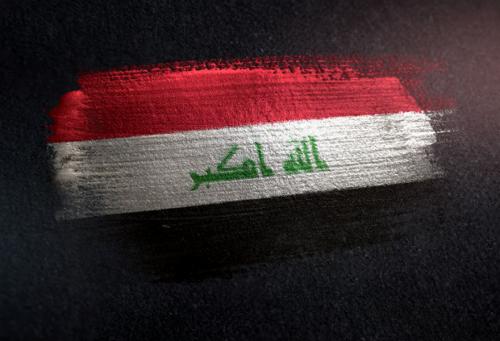 A court in Duhok on 5 October 2022 sentenced the suspect in the killing of a Yazidi man and his six-year-old daughter to death following a relatively swift hearing session during which the defendant admitted to the murders.

An Iraqi court sentenced to death on 13 February 2022 a police officer and an informant over a deadly operation in December that left 20 people from the same family dead.

An Iraqi court has sentenced a man to death over the 2019 killing of an activist who had taken part in anti-government protests that year, the judiciary said on 25 October 2022.A wave of nationwide protests against endemic corruption and rampant unemployment in late 2019 raged for months before winding down under the shadow of coronavirus restrictions and a harsh crackdown.
A bomb attached to Thaer al-Tayeb's car exploded as he returned from a rally in the capital Baghdad, Iraq's Supreme Judicial Council said in a statement. He succumbed to his wounds on 25 December 2019.
The criminal court in the southern Qadissiya province sentenced Kifah al-Guraiti to “the death penalty” for Tayeb's murder, the judiciary said.
The order has to be signed by Iraq's president before Guraiti may be executed, and he has 30 days to appeal.
More than 600 Iraqi protesters were killed and tens of thousands wounded during the demonstrations.
Some activists died in targeted assassinations, including former government adviser Hisham al-Hashemi who was shot near his home in July 2020.
Outgoing prime minister Mustafa al-Kadhemi has repeatedly vowed to bring the perpetrators to justice.
In November last year, two people were sentenced to death over the killing of a teenager who joined the protests.
Several hundred demonstrators gathered on 25 October in Baghdad and the southern city of Nassiriya to mark three years since the protests, weeks after rallies across Iraq on the anniversary of the demonstrations drew thousands.
In June, the United Nations mission in Iraq denounced an “environment of fear and intimidation” that has stifled freedom of expression.
The UN noted in a report the “persistent impunity with respect to targeted attacks against protestors” as well as against people “seeking accountability for these attacks, and activists and critics espousing views critical of armed elements and affiliated political actors”.

A court in Duhok on 5 October 2022 sentenced the suspect in the killing of a Yazidi man and his six-year-old daughter to death following a relatively swift hearing session during which the defendant admitted to the murders.
Duhok is the capital city of Duhok Governorate, Kurdistan Region in Iraq.
An internally displaced Yazidi man by the name of Faruq Mirza and his daughter Akheen were pronounced missing after leaving their residence in Zakho’s Cham Mshko camp in early August. Their bodies were found days later buried in a nearby farm.
Duhok police announced the arrest of the suspect over a week later.
The first hearing session was conducted on 5 October, with a verdict resulting in a death sentence being issued less than two hours later. The suspect reportedly admitted to killing both Faruq and Akheen in the court, adding that he regrets killing the daughter but not the father.
“My heart is a bit relieved… If they had given him [suspect] to me so I can hang him and tear him to pieces, I would have been more relieved,” Seve, Akheen’s mother, told Rudaw’s Ayub Nasri before the court.
The suspect claimed during his testimony that he and Faruq had gotten into a heated argument in the farm, prompting him to kill the Yazidi man and later Akheen as she kept crying.
“No matter what they do and what they do to him [suspect] we will never find solace, as whenever we say “Akheen” we are reminded of the pain in our hearts,” cried Akheen’s aunt.

An Iraqi court sentenced to death on 13 February 2022 a police officer and an informant over a deadly operation in December that left 20 people from the same family dead.
The two men can appeal the verdict, handed down by the criminal court in the central province of Babylon, a judiciary source told AFP, speaking on condition of anonymity.
Security forces in December opened fire on a house in the village of Al-Rashayed in Babylon, killing 20 people including women and children, under the pretext of pursuing two suspected terrorists.
But it was later revealed that a family dispute had motivated an informant to give "false intelligence" to police on the presence of "two terrorists" in the house, according to a judiciary statement issued in January.
"The Babylon criminal court has issued a death sentence by hanging for two of the defendants," the Supreme Judicial Council said, quoted by state news agency INA.
"The other defendants will be tried later," it added.
In addition to the informant, an intelligence officer from the interior ministry, who led the operation, was also condemned to death, the judicial source told AFP.
Eighteen others, including both civilians and security forces, who participated in the operation await sentencing, the source added.