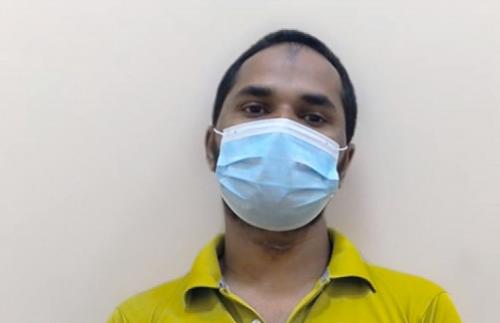 Criminal Court on 27 February 2022 ordered the death sentence on Shah Alom Mia (Salim) over the death of Mahmood Abubakuru, a businessman from Dhangethi of Alif Dhaal atoll.

Criminal Court on 27 February 2022 ordered the death sentence on Shah Alom Mia (Salim) over the death of Mahmood Abubakuru, a businessman from Dhangethi of Alif Dhaal atoll.
This is the first time a death sentence has been issued on a foreign national in Maldives.
Salim had previously confessed to the crime of murdering Mahmood over refusing to give money to Salim when he demanded it, and hiding his body in the well of an abandoned house in Dhangethi. He had said he had acted because "the devil had overcome him" and had asked for forgiveness.
However Criminal Court had previously decided that the murder had been proven in the eye of the law.
The murder that happened on 13 October of 2021 left the whole island community in shock, as Mahmood was well loved by all.
Speaking at the hearing held on 27 February to sentence Salim, Chief Judge on the case Ahmed Shakeel said since Salim had confessed to the murder of Mahmood, he was found guilty based on the confession as that is considered to be the strongest evidence.
According to the Chief Judge, Salim was sentenced to death in compliance with Islamic Sharia, and under the Act on Prohibiting ‎Threatening and Possession of Dangerous Weapons and Sharp ‎Objects.
"[I] Inform the state authorities to kill Shah Alom Mia in a manner that does not violate Islamic principles," the Chief Judge said. The sentence was later translated into Bangladeshi for Salim.
He was also sentenced to an additional one month and 24 days in jail for misusing the body of Mahmood after he had passed away. However as he has already spent a longer time than that in custody already, he will no longer be required to serve that sentence.
When the sentencing hearing started on 27 February, Salim had requested to speak before the court issued their ruling. The Chief Judge denied his request as all talks between the two parties had already been completed.
Salim had attempted to ask for an opportunity to speak after his sentence was issued as well. He was not given that opportunity as it is not allowed after the sentence has been issued.
Chief Judge reminded Salim that murder is serious sin in both life on earth and in the afterlife and had urged him to repent as soon as possible. He also said that even if the death penalty is imposed, there will be an opportunity to appeal the sentence. The law requires all appeals to be completed before the death penalty can be carried out.
The death penalty has previously been imposed only on Maldivians in Maldives.
The last death penalty was carried out was in 1953. While the president later commuted the sentence slated for death to life in prison to some people, no decision has been made to implement the sentences of the remaining those who were sentenced to death. They remain in jail, including those who have completed all appeals. 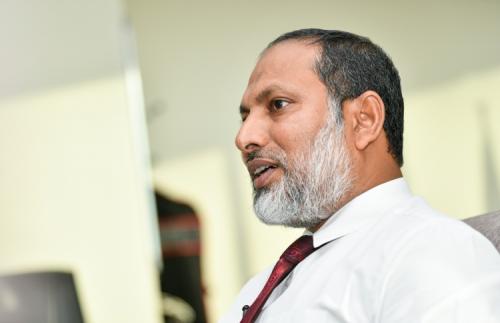 Home Minister Imran Abdulla has said that the Maldives still has a policy of continuing the moratorium on implementation the death penalty.