situation:
In Syria, the legal system is based on a combination of French and Ottoman civil law. The Islamic law is used in the family court system.
In Syria, capital crimes are: treason; murder; political acts such as bearing arms against Syria in the ranks of the enemy, desertion of the armed forces to the enemy and acts of incitement under martial law or in wartime; violent robberies; rape; verbal opposition to the government; and membership in the Muslim Brotherhood. Syria also applies the death penalty for drug-trafficking while the punishment for possession of drugs is life imprisonment.


It is not possible to give the exact number of “legal” executions carried out in Syria in 2017, due to the ongoing civil war and the lack of official information provided by Syrian authorities.
On 7 February 2017, President Assad's regime has executed up to 13,000 people in mass hangings carried out in the basement of a notorious prison, a chilling new report claims. The victims, largely made up of Syrian government opponents, were sentenced to death following military trials lasting just minutes over the past four years. They were then told they were being taken to prison - but instead were put into a minibus to a basement execution room where they were hanged in groups of between 20 and 50 at a time. The appalling claims are contained in shocking report published today by Amnesty International following a year-long investigation entitled: "Human slaughterhouse: Mass hangings and extermination at Saydnaya prison". The respected charity spoke to dozens of former prisoners, judges and prison guards. It will add to a growing body of evidence which campaigners say should result in President Assad being prosecuted for war crimes.
The report claims mass executions have been happening at the infamous Saydnaya prison near Damascus since 2011 when the uprising against Assad began in Syria.
One former guard told how each night a prisoner would have to count the number of slippers left outside the execution room.
"If there were 30 slippers, then we knew that 15 people had been executed," the former officer said. "There were usually between 30 and 80 slippers outside."
The execution room is known as “the White Building” and the hangings usually took place on Monday or Wednesday nights.
Detainees on the floors above the “execution room” say they sometimes heard the sounds of the hangings. One witness, a former military officer who had been arrested called Hamid, said: “If you put your ears on the floor, you could hear the sound of a kind of gurgling. “This would last around ten minutes … We were sleeping on top of the sound of people choking to death. This was normal for me then.”

As part of the Arab Spring, mass protests erupted in Syria in March 2011, and quickly developed into a full-scale nationwide uprising, with protesters demanding the resignation of President Bashar al-Assad and the overthrow of the government. The regime took a decision to use the utmost force to stop the mass movement from growing further.
Between 2011 and 2013, President Bashar al-Assad has issued several harsh laws against terrorism. In December 2011, Assad signed into effect a law imposing the death penalty “on anyone providing weapons or helping to provide weapons intended for the carrying out of terrorist acts.” In July 2012, President Assad issued three new “counter-terrorism” laws, including one that allows the death penalty for those who create or direct terrorist groups or aim at changing the regime or the structure of the State, “if these (terrorist) acts result in death or disability for the victims.” In April 2013, President Bashar al-Assad issued a legislative decree on kidnapping people for political or material ends or for revenge or for sectarian inducement. The penalties range from life penal work to death sentence, depending on the kidnapping motives and effects.
President Bashar al-Assad has issued several amnesties since protests against his rule erupted in March 2011.
The last one was announced in June 2014, after he was re-elected to another seven-year term. Assad commuted some death sentences to life imprisonment, reduced jail terms for many offences and cancelled some others altogether. Foreigners who entered the country “to join a terrorist group or perpetrate a terrorist act” would receive an amnesty if they surrendered to authorities within a month. President Assad’s decree said prisoners aged over 70 or suffering from incurable diseases would be freed, drug and weapons smugglers would have their jail term reduced, as would prisoners convicted of economic crimes. Kidnappers who free their hostages and army deserters would also be covered by the amnesty. The decree set out several exemptions to the amnesty, without specifying which offences they covered. Syria’s justice minister said the decree was issued in the interest of social forgiveness and national cohesion. However, opponents said only a fraction of detainees were released in previous amnesties, leaving many thousands of people including political opponents and activists as well as ordinary criminals in prison, where they say many are subjected to abuse.

However, extra-judiciary executions by shooting were carried out in Syria by the predominantly Sunni jihadist group called Islamic State (IS) and Al-Qaeda-linked Al-Nusra Front.
In particular, the Islamic State, which aims to create a Pan-Islamic state under Sharia and reinstate the Caliphate, committed the most serious crimes. In fact, in early February 2014, the central leadership of Al-Qaeda sharply renounced ties with the Islamic State, since its savagery and draconian interpretations of Islamic law has alienated many Syrians and drove a wedge between rebel groups.
“Executions in public spaces have become a common spectacle on Fridays in [IS power-base] Raqqa and in IS-controlled areas of Aleppo governorate,” said the Independent International Commission of Inquiry on the human rights situation in Syria, which was created in 2011 by the UN Human Rights Council. The group “seeks to destroy and remould humanity in its image, wreaking havoc on civilians, minorities and the basic freedoms of women and children,” Commission head Paulo Pinheiro told reporters in Geneva. He described how bodies of those killed were placed on public display, “creating an atmosphere of fear and terror.” Pinheiro emphasised, though, that IS “does not have the monopoly of brutality in the Syrian conflict.”
In their report, covering the period from 20 January to 15 July 2014, Pinheiro and his colleagues also detailed a wide range of crimes against humanity and war crimes committed by the Syrian government. Deaths in custody in Syrian jails were on the rise and forensic analysis of 26,948 photographs allegedly taken from 2011-2013 in government detention centres support its “longstanding findings of systematic torture and deaths of detainees,” they said. They insisted that the only way to move towards an end of the conflict was for the UN’s deadlocked Security Council to refer the Syrian crimes to the International Criminal Court.

On 17 December 2018, Syria voted against the Resolution on a Moratorium on the Use of the Death Penalty at the UN General Assembly. 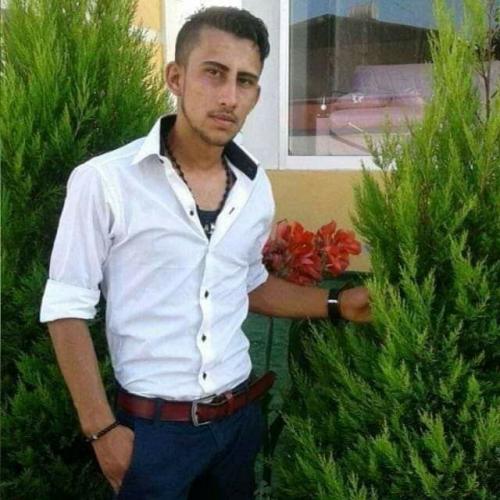 A boy was executed by firing squad in a detention center by Islamist group Hay'at Tahrir al Sham for belonging to Syrian Democratic Forces, the young man's family said on 29 April 2020.

A boy was executed by firing squad in a detention center by Islamist group Hay'at Tahrir al Sham for belonging to Syrian Democratic Forces, the young man's family said on 29 April 2020.
Battal Hasan Battal, born in 1997, from Ma’mal Oshaghi village which is administratively a part of Afrin city in the northern suburbs of Aleppo governorate, was arrested by Sunni Islamist militant group Hay’at Tahrir al Sham in October 2019, at Bab al Hawa crossing of Syrian-Turkish border in the northern suburbs of Idlib governorate.
Syrian Network for Human Rights (SNHR) notes that the killing in this manner is a blatant violation of the International Humanitarian Law and is considered as an unlawful killing as the execution took place without a fair trial but according to beliefs of Hay’at Tahrir al Sham extremist group. 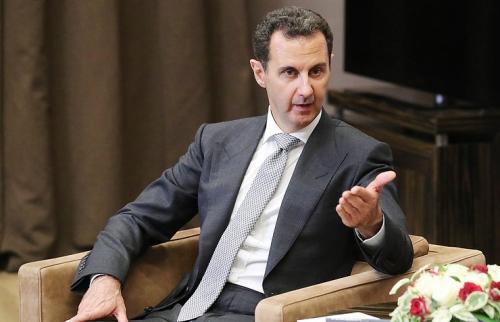 Syrian President Bashar Assad granted amnesty and reduced sentences for all crimes committed before 22 March 2020, while also offering amnesty to military deserters who turn themselves in within the next few months.

Syrian President Bashar Assad granted amnesty and reduced sentences for all crimes committed before 22 March 2020, while also offering amnesty to military deserters who turn themselves in within the next few months.
Similar amnesties have been issued on several occasions, most recently in September of last year.
The decree did not say whether freeing prisoners was part of an attempt to halt the spread of the new coronavirus inside Syria's jails. Syria is the only country in the Middle East that has reported zero coronavirus cases so far, although strict measures have been taken across the war-torn country to prevent the spread of the virus, including the closure of restaurants and cafes.
The conflict in Syria has killed more than 400,000 people and displaced half the country's population. Opposition activists say tens of thousands of anti-government activists are held in jails around the country.
22 March decree granted amnesty to several crimes that weren't included in previous amnesties.
However, the decree did not name which specific crimes were covered, instead referring to them by their number in Syrian criminal law. A government adviser, Abdul-Qader Azouz, later said the amnesty covered crimes committed since the war began in 2011, such as anti-government activity online and some acts of terrorism.
Death penalties would be replaced by life sentences with hard labor, while those serving life sentences would serve 20 years with hard labor, according to the decree. Juvenile prisoners would see their sentences cut in half. Prisoners suffering from incurable diseases and those over 70 years of age as of 22 March were to be freed.
Army deserters inside the country would receive amnesty if they surrender within three months, while those outside the country have six months to surrender, the decree said.
The amnesty did not include prisoners convicted of weapons smuggling or drug dealing.