government: constitutional monarchy; note - interim military-affiliated government since May 2014
state of civil and political rights: Not free
constitution: many previous; draft of latest completed 29 March 2016, approved by referendum 7 August 2016, signed by the king 6 April 2017; note - the final version has several changes not reflected in the one passed by referendum (2016)
legal system: based on civil law system, with influences of common law
legislative system: in transition; following the May 2014 military coup, a National Legislative Assembly or Sapha Nitibanyat Haeng Chat
judicial system: Supreme Court (Sandika), judges appointed by the monarch
religion: Buddhist 94.6%, Muslim 4.6%, Christian 0.7%, other 0.1%
death row: 477, including 50 women (as of 17 October 2017, according the Department of Corrections). About 50% had been convicted of drug-related offences.
year of last executions: 0-0-0
death sentences:
executions: 0
international treaties on human rights and the death penalty:
situation:

THAILAND: WOMAN SENTENCED TO DEATH FOR POISONING HER OWN CHILDREN

Thailand’s Criminal Court sentenced a woman to death on 15 September 2022 after finding her guilty of poisoning her own 2-year-old son and 4-year-old adopted daughter with an abrasive substance, to make them sick so she could appeal to the public for donations on social media to help the sick children. 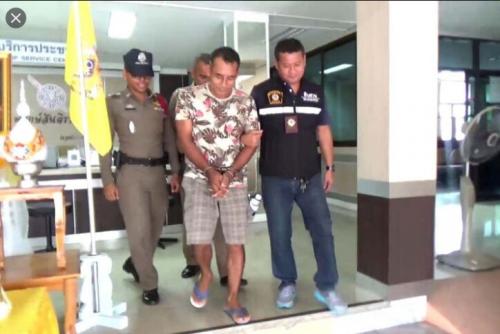 A Thai man on 20 April 2022 was sentenced to death over the murder of a high school student in Trang province, southern Thailand, in 2018.

Thailand’s Criminal Court sentenced a woman to death on 15 September 2022 after finding her guilty of poisoning her own 2-year-old son and 4-year-old adopted daughter with an abrasive substance, to make them sick so she could appeal to the public for donations on social media to help the sick children.
The 29-year-old single mother, identified as Nittha, aka “Mae Pook”, was charged with attempted murder, human trafficking, assault causing serious injury, assault causing the death of another person, defrauding the public and violations of the Computer Crime Act.
The case dates back four years, when the woman took her 4-year-old daughter to Thammasat University Hospital for medical treatment after she developed acute stomachache and began vomiting blood.
According to doctors at the hospital, the female patient was treated seven times over a period of about eight months, being discharged each time after recovery, until she died on 12 August 2019 due to complications from internal haemorrhaging.
The 2-year-old boy, who was confirmed to be the woman’s biological son using DNA tests, was also treated at the hospital for similar symptoms from January to May 2020. Doctors became suspicious that the boy’s condition might have been intentionally induced.
Doctors said that, as the condition of the child improved, he was transferred from the intensive care unit to a special ward, but his condition subsequently deteriorated again and this pattern was repeated.
Doctors then forbade the mother from bringing food to the hospital to feed the patient and restricted her visits. Medical staff would remain with her during the visits as an investigation was carried out, until they were convinced that the boy’s sickness was caused by an abrasive substance.
According to the prosecutor’s charge sheet, the woman posted the image of her sick children on her Facebook page and asked for public donations while offering products for sale online, purportedly to cover her medical expenses.
The court found her guilty on all charges and sentenced her to death without commuting the penalty, despite her confession.

A Thai man on 20 April 2022 was sentenced to death over the murder of a high school student in Trang province, southern Thailand, in 2018. The man shot and killed a 16 year old boy and shot and wounded another man who was the only witness to the murder. The victims’ families are satisfied with the Supreme Court’s ruling after fighting for justice for four years.
On 20 April, Trang Provincial Court read the Supreme Court’s final verdict on 52 year old Teerayut Somsu’s sentence. Teerayut was charged with the murder of 16 year old Teerawat “New” Boonchana, who he shot dead in Mueang Trang District on 2 December 2018. Teerayut was also charged with the attempted murder of 42 year old Ratchapon Khluenchit, the only witness to Teerawat’s murder. Teerayut shot and wounded Ratchaporn, who managed to escape and recover.
Ratchaporn, who is now ordained as a Buddhist monk, attended the court’s reading. Ratchaporn was shot in his left arm, which he can still barely lift up or use nearly 4 years later.
Teerawat’s parents Anon and Song Boonchana attended the court on 20 April and said they are satisfied with the result that Teerayut will be sentenced to death after they have fought for justice for their son for four years. Ratchaporn’s parents also attended the court and said they too were satisfied with the outcome.
In June 2019, no progress had been made with the case and Teerawat’s murderer was still at large. On 6 June 2019, Teerawat’s parents travelled to Bangkok to request the help of an influential police officer, Lt. Cl. Srivara Rangsiprahmanakul, who arrested Teerayut within seven days of working on the case, on 13 June 2019.
The defendant denied all allegations throughout the case, according to lawyer Thitakarn Panlek.
Ratchaporn will receive 700,000 baht in compensation and Teerawat’s family will receive 2.1 million baht.