The Specialized Criminal Court in Sanaa, which is controlled by the Houthis, on 22 February 2022 sentenced to death three people, including a school principal, on charges of colluding with the Coalition to Restore Legitimacy in Yemen and the Yemeni government.

The Specialized Criminal Court in Sanaa, which is controlled by the Houthis, on 22 February 2022 sentenced to death three people, including a school principal, on charges of colluding with the Coalition to Restore Legitimacy in Yemen and the Yemeni government.
Fahed Al-Salami, who runs Al-Nahdah private school in Sanaa, Sadeq Mohammed Al-Majedi and Khaled Ahmed Al-Oulefi were found guilty of forming five military units of hundreds of fighters to undermine security in Houthi-controlled areas, sending the locations of military sites to the coalition, and receiving training and military support from the government in the central city of Marib.
The court also handed down jail terms to 10 other people, including a journalist at Yemen’s official news agency, who were abducted in 2015 and 2016.
Yemeni officials and activists said that all 13 people had been abducted from their homes or offices in Sanaa and tortured by the Houthis.
Majed Fadhail, deputy minister of human rights and part of a government delegation involved in prisoner swap talks with the militia, told Arab News on 23 February that the abductees were on the government’s list of people who would be swapped with Houthi prisoners.
He accused the Houthis of using judicial bodies in areas under their control to get rid of their opponents.
“Those abducted academics, teachers, journalists and doctors are facing trumped up charges,” Fadhail said. “The judicial system is no longer effective and the Houthis are using it as a tool to silence their challengers.”
Fuad Al-Mansouri, a Yemeni human rights activist, told Arab News that the trials of abducted people and the death sentences handed down to them showed that the Houthis would not tolerate dissent.
“Those are purely politically motivated verdicts, targeting their political opponents,” he said.
Al-Mansouri, his wife and fellow activist Zafaran Zaid were last year sentenced to death in absentia by a Houthi court over allegations that they helped activists to flee Houthi-controlled areas.
“With these verdicts, the militia says you must be a Houthi or loyal to the movement or you will be jailed, displaced, sentenced to death or you will be abducted,” Al-Mansouri said.
Since the Houthis seized power in Yemen in late 2014, thousands of people, including politicians, activists, journalists and security and military officials have been forced to flee Sanaa and other areas.
The Houthis harassed their families and sentenced them to death, froze their bank accounts and confiscated properties. 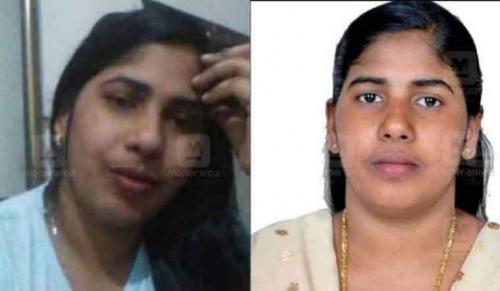 An Appeals Court in Yemen on 7 March 2022 upheld death penalty for Keralite nurse Nimisha Priya (33) who is charged with murder of a Yemen youth back in 2017, a killing she maintains was accidental and at end of mental torture and business fraud on part of the victim.

An Appeals Court in Yemen on 7 March 2022 upheld death penalty for Keralite nurse Nimisha Priya (33) who is charged with murder of a Yemen youth back in 2017, a killing she maintains was accidental and at end of mental torture and business fraud on part of the victim.
Nimisha, who worked as a nurse, had returned to Kerala with her husband Tomy Thomas in 2015. She later traveled back to Yemen to set up a clinic of her own. She needed business affiliation from Yemen citizens for the venture. That’s when Talal came into the picture.
The business reaped good profits and quickly and Talal was greedy to have it all and reportedly manipulated documents that entitled all the clinic income to him.  According to Nimisha, the mental torture also included morphing picture to claim they were wedded whereby he could keep all the income as her husband.
According to the defense, on July 25, 2017, Talal came to her house and was doing drugs. Nimisha injected him with sedative Ketamine to retrieve her passport he withheld to subdue her.  But soon after the injection, Talal fell to the floor and died. Later, with help of a friend who severed the body parts, disposed him into their water tank.
close all