government: republic in name, although in fact a dictatorship
state of civil and political rights: Not free
constitution: 30 March 1994; revised by national referendum of 24 November 1996 giving the presidency greatly expanded powers and became effective 27 November 1996; revised again 17 October 2004 removing presidential term limits
legal system: based on civil law system
legislative system: bicameral National Assembly (Natsionalnoye Sobranie) consists of the Council of the Republic (Soviet Respubliki) and the Chamber of Representatives (Palata Predstaviteley)
judicial system: Supreme Court, judges are appointed by the president; Constitutional Court, half of the judges appointed by the president and half appointed by the Chamber of Representatives
religion: Orthodox 48.3%, Catholic 7.1%, other 3.5%
death row: 2 (31 December 2018)
year of last executions: 0-0-0
death sentences: 2
executions: 0
international treaties on human rights and the death penalty:
situation: 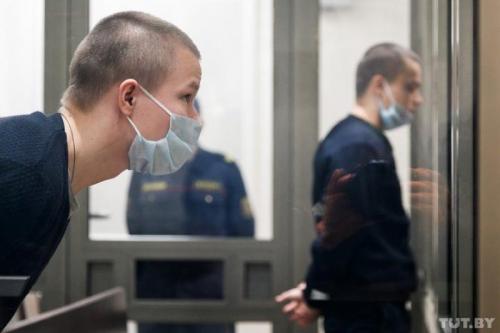 Illya Kostseu (21) and Stanislau Kostseu (19), who were sentenced to death in January 2020, have been pardoned, human rights centre Viasna reported on 30 April 2021 with reference to the family.

Illya Kostseu (21) and Stanislau Kostseu (19), who were sentenced to death in January 2020, have been pardoned, human rights centre Viasna reported on 30 April 2021 with reference to the family.
“On 30 April, the administration of pre-trial detention centre No. 1 in Minsk, which houses the country’s only death row, refused to accept a parcel from the prisoners’ family, saying that the prison had received a pardon paper from the presidential office. As a result, the two death convicts will no longer be held on death row, but are expected to be transferred to a regular prison in Zhodzina,” the statement reads.
It should be noted that the family has not received any official documents confirming the above information.
The two brothers were sentenced to death on 10 January 2020, after Mahiliou regional court found them guilty of killing their former schoolteacher and setting fire to her house.
In May 2020, the Supreme Court upheld the death sentences. The Kostseus are known to have appealed for clemency to Alyaksandr Lukashenko.
Belarus remains the only country in Europe that still applies capital punishment.
The West has repeatedly called on the Belarusian authorities to join a global moratorium as a first step towards the abolition of death penalty.
The exact number of executions in Belarus is unknown, but local human rights defenders and journalists have worked tirelessly to uncover some information about death sentences and executions.
According to the Belarusian Justice Ministry, 245 people were sentenced to death from 1994 to 2014.
Human rights NGOs believe that around 400 people have been executed since the country gained its independence in 1991; according to them, Alyaksandr Lukashenko has granted a pardon to only one convict in the course of his presidency. 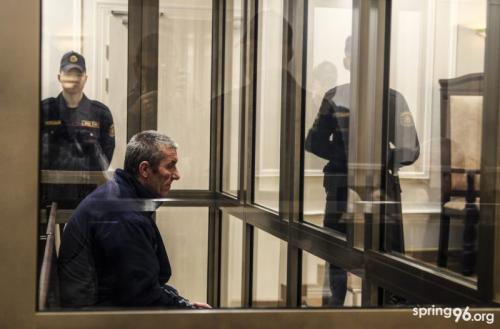 The Judicial Chamber on Criminal Case of the Supreme Court of Belarus has dismissed an appeal filed by death row prisoner Viktar Skrundzik, Human Rights Center "Viasna" reported on 4 May 2021.

Death row inmate Viktar Paulau was ‘most likely executed’, the convict’s sister Raisa told Andrey Paluda, coordinator of the campaign ‘Human Rights Defenders against the Death Penalty in Belarus’.
The execution has not yet been officially confirmed, but the staff of pre-trial prison No. 1 in Minsk, which houses the country’s only death row, told the Paulau’s lawyer that the convict was no longer staying at the facility, human rights centre Viasna reports.
The death convict’s sister says that she has not received any letters from Viktar for six weeks. Moreover, a few days ago, she was not allowed to visit the prison to see her brother. All these things suggest that Paulau was executed, the human rights defenders stressed.
In July 2019, Vitsebsk region court found Viktar Paulau guilty of murdering two elderly women and sentenced him to death.
The murder was committed on 30 December 2018 in the village of Prysushyna, Vitsebsk region. The fifty years old Viktar Paulau came to the house of the two  pensioners and beat them severely. The intruder stole money and several bottles of wine. The bodies of the women were not discovered until a few days later.
In turn, Paulau’s lawyer tried to convinced the judicial board that the murder was a result of friction and had been provoked by one of the women who allegedly insulted the accused, as she was unhappy with the quality of the shed he had built. According to the defence counsel, the defendant had no purpose to kill the women – he simply came to buy the wine that the women were selling.
In the last word, the defendant expressed regret for what he had done and asked the court not to apply the exceptional measure to him.

The Judicial Chamber on Criminal Case of the Supreme Court of Belarus has dismissed an appeal filed by death row prisoner Viktar Skrundzik, Human Rights Center "Viasna" reported on 4 May 2021.
The convict will be executed, unless pardoned by Aliaksandr Lukashenka.
Skrundzik was initially sentenced to death on 6 March 2020, after the Minsk Regional Court found him and three other men from the city of Sluck guilty of killing two elderly men and attempting to murder an 85-year-old woman.
Three defendants in the trial, Valiantsin Bushnin, Siarhei Zakharchanka and Vital Miatsezh, were sentenced to long terms of imprisonment.
The verdict was appealed to the Supreme Court, which revoked the death sentence on 30 June 2020.
The case was returned for a re-trial at the Minsk Regional Court.
On 15 January 2021, Skrundzik was again sentenced to death.

A court in Belarus on 15 January 2021 re-sentenced a man to capital punishment on murder charges, Minsk-based human rights center Viasna said.
"At a court hearing held today in the city of Sluck [Slutsk], the Minsk Regional Court handed down a death verdict to Viktar Skrundzik on charges of killing two elderly persons and attempting to murder an 85-year-old woman in January 2019," the center said in a news release.
Two other defendants in the trial were sentenced to 18-year and 22-year prison terms and another one to one year of correctional labor, according to the center.
Skrundzik was initially sentenced to death last March. He appealed the verdict, and the Supreme Court overturned the death sentence last June and referred the case to the Minsk Regional Court.