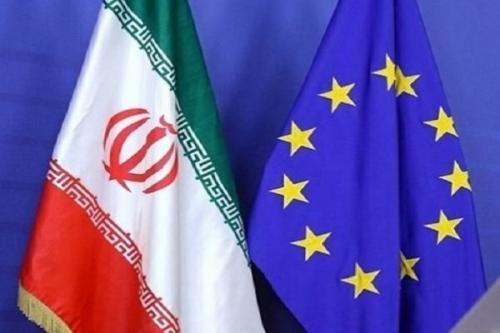 EU CALLS ON HOUTHIS' TO REVOKE DEATH SENTENCES AGAINST JOURNALISTS

The European Union on 10 October 2021 called for death sentences issued against Yemeni journalists and activists to be revoked. 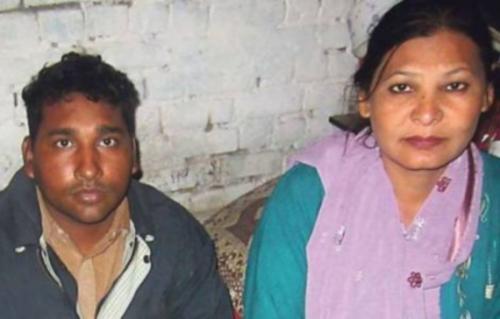 Pakistan on 30 April 2021 decried a move by the European Parliament, which a day earlier adopted a resolution demanding Islamabad allow freedom for religious minorities. 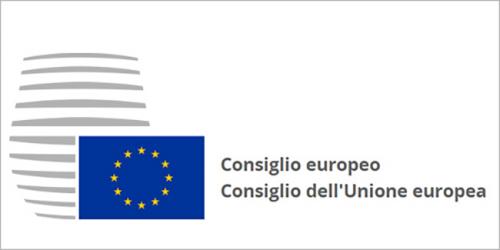 IRAN - Council of the EU prolongs and extends sanctions

For gross and systematic violations of human rights 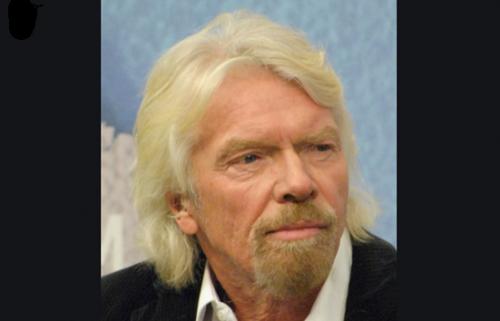 EU Representative Visited Iran Despite Iran’s Brutal Human Rights Abuses
The European Union special envoy, Enrique Mora traveled to Iran on October 14 to meet with Iranian officials to coordinate talks to revive the 2015 nuclear deal, despite the concerns raised by the international community at a recent meeting of the United Nations Human Rights Council in Geneva regarding Iran’s brutal human rights abuses and increasing executions since Ebrahim Raisi’s rise to the presidency.
The spokesperson for Iran’s Foreign Ministry, Saeed Khatibzadeh said that Mora’s trip “follows consultations between the two sides on issues of mutual interest, including relations between Iran and the Union, Afghanistan and the nuclear accord.”
The National Council of Resistance of Iran (NCRI), “According to credible reports, at least 125 people have been executed in Iran since Ebrahim Raisi was installed as president, three months ago. That number is more than double the number of executions in the previous quarter.”
During a press conference held on October 13 by the Iranian Resistance, it was announced that a lawsuit against Raisi has been filed in Scotland for his role in the 1988 massacre of 30,000 political prisoners, in order to hold him accountable for his crimes against humanity. This announcement comes after it was announced that Raisi will not be attending the United Nations COP26 Climate Change conference in Glasgow next month. The NCRI said “The Iranian regime’s victims and a former MEP, Struan Stevenson, made a formal request for Raisi’s arrests. This formal request was made due to Raisi’s dark history of human rights violations.”
The Times newspaper reported that the requests for Raisi’s arrest were forwarded to Police Scotland, urging them to open an investigation into Raisi’s criminal history under the concept of universal jurisdiction. They said, “It means that human rights violators of any nationality can be charged in any country, regardless of where the crimes were committed.”
Mora’s visit to Iran, regardless of the reason for the trip, is nothing short of an insult for the Iranian people who have had to suffer under the brutal rule of repression and punishment. The trip will likely give the wrong message to Tehran that they are safe to continue with their malign activities and crimes against humanity without the fear of being apprehended. The Iranian people, both domestically and abroad, were already outraged at Mora’s previous visit to Tehran in August for Raisi’s inauguration.
The NCRI said, “It is time for the European Union and its member states to be on the right side and refer the case of the 1988 massacre and human rights abuses in Iran to the UN Security Council so that the leaders of this regime can be prosecuted for genocide and crimes against humanity.”

The European Union on 10 October 2021 called for death sentences issued against Yemeni journalists and activists to be revoked.
"On the occasion of the World Day Against Death Penalty, the EU calls for revoking all death sentences, incl those of journalists and activists in Yemen," the commission's delegation in Yemen said on Twitter, adding that the EU "strongly opposes death penalty at all times and in all circumstances. It continues to work for the universal abolishment of death penalty."
Impoverished Yemen has been beset by violence and chaos since 2014, when the Houthis overran much of the country, including the capital, Sanaa. The crisis escalated in 2015 when a Saudi-led military coalition launched a devastating air campaign aimed at rolling back Houthi territorial gains.
The war, in which the United States (US) and the United Kingdom (UK) back the Saudi-led coalition, has killed more than 100,000 people and pushed millions to the brink of famine, according to the United Nations (UN) official data.

Pakistan on 30 April 2021 decried a move by the European Parliament, which a day earlier adopted a resolution demanding Islamabad allow freedom for religious minorities and asked the EU to reconsider the South Asian country’s preferential trade status.
The European Parliament appealed on Islamabad to free a Christian couple — Shagufta Kausar and her husband Shafqat Emmanuel — who have been on death row since 2014. The two were convicted of insulting Islam’s Prophet Muhammad.
It also urged Pakistani authorities to repeal the country’s controversial blasphemy laws, provide Kausar and Emmanuel with needed medical care and “immediately and unconditionally” overrule their death sentence.
It also expressed concern at increasing online and other attacks on journalists and
human rights activists and asked Pakistan to take steps to ensure their safety.
Under Pakistan’s blasphemy laws, anyone accused of insulting Islam can be sentenced to death if convicted. Just the mere accusation of blasphemy can cause riots and incite mobs to violence and killings.
The foreign ministry in Islamabad released a statement expressing the government’s disappointment at the European resolution, saying it “reflects a lack of understanding in the context of blasphemy laws and associated religious sensitivities in Pakistan — and in the wider Muslim world”.

The European Union sanctioned eight Iranian militia commanders and police chiefs, as well as three entities for gross and systematic violations of human rights.
These measures were first put in place in 2011 and have been extended ever since on an annual basis.
The Council today also added eight persons and three entities to this sanctions list in view of their role in the violent response to the November 2019 demonstrations in Iran. The list now comprises a total of 89 individuals and 4 entities.
Hossein Salami, the commander-in-chief of the Islamic Revolutionary Guard Corps (IRGC), is among the designated persons.
These individuals and entities were added to the EU sanctions regime for their role in the violent response to the November 2019 protests in Iran. According to the opposition People’s Mojahedin Organization of Iran (PMOI/MEK), Iranian authorities killed more than 1,500 defenseless people during the bloody crackdown on demonstrations.
“These measures consist of a travel ban and an asset freeze, and a ban on exports to Iran of equipment which might be used for internal repression and of equipment for monitoring telecommunications. In addition, EU citizens and companies are forbidden from making funds available to the listed individuals and entities,” the Council of the EU statement read.

Business Executives Launch Campaign Against the Death Penalty
A group of business leaders have launched a campaign calling for an end to capital punishment. Virgin Group CEO Richard Branson (pictured) announced the initiative at the virtual South By Southwest festival on March 18, 2021, saying, “The death penalty is broken beyond repair and plainly fails to deliver justice by every reasonable measure. It is marred by cruelty, waste, ineffectiveness, discrimination and an unacceptable risk of error. … By speaking out at this crucial moment, business leaders have an opportunity to help end this inhumane and flawed practice.”
Twenty-one business leaders from a variety of industries, including technology, telecommunications, fashion, and food, urged world leaders to end the death penalty. Among the signatories are Branson, The Huffington Post co-founder Arianna Huffington, Ben & Jerry’s Ice Cream co-founders Ben Cohen and Jerry Greenfield, and former Tiffany & Co. CEO Alessandro Bogliolo.
“We stand united in our belief in a fairer and more equitable world, the rule of law, and universal human rights,” the declaration begins. “As an irreversible and extreme form of punishment, the death penalty is inhumane, and it is irreconcilable with human dignity. Its worldwide abolition is a moral imperative that all of humanity should support.” The declaration sets forth four major reasons to abolish capital punishment: racial bias in its application, the absence of any deterrent effect, the risk of executing innocent people, and the high cost of the death penalty.
Celia Ouellette, the founder and CEO of the Responsible Business Initiative for Justice, which organized the declaration and supports businesses in advocating for criminal justice reform, linked the effort to the global movement for racial justice sparked by the police killing of George Floyd in May 2020. “This is a completely new moment in the movement,” she said. “You can create a lot of change quickly.”
The business leaders explicitly linked capital punishment to racial justice, writing, “The abolition of capital punishment is a critical step in the movement toward racial and social equality.” Ben & Jerry founders Cohen and Greenfield added in a separate statement, “Business leaders need to do more than just say Black Lives Matter. They need to walk the talk and be instrumental in tearing down all the symbols of structural racism in our society. The death penalty has a long history with oppression, and it needs to end. Now.”
Branson said he plans to work on expanding the number of signatories between the release and October 10, World Day Against the Death Penalty. “Part of our job is, is to find the time to educate them, give them the facts and win and win them over,” he said. “It needs patience. It needs education for some. But for, I say the vast majority, it’s a reasonably easy. The doors are open and I think we can get the vast majority of people on board.”