Involved in the murder of a dissident

In Turkey, for murder of an Iranian dissident 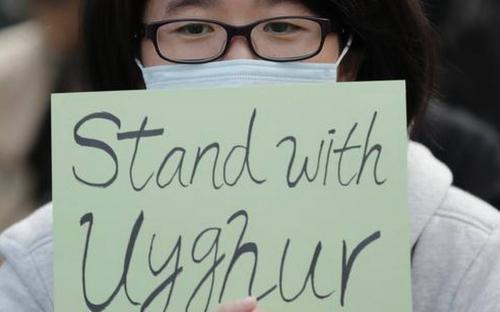 The Uighur community in Turkey could be in jeopardy after a recent agreement was reached between Turkey and China, Voice Of America (VOA) wrote on 7 January 2021.

Iran Denies Citizen Detained In Turkey Is A Consulate Employee.
"No consulate employee has been arrested," foreign ministry spokesman Saeed Khatibzadeh told reporters on February 15. "What has happened is the arrest of an Iranian national upon entry," he added, noting that Iran was in contact with Turkey regarding the matter. He gave no further details.
Mohammad Reza Naserzadeh, 43, was arrested earlier this week, Turkey’s pro-government Sabah newspaper reported. He is accused of forging travel documents for Ali Esfanjani – the alleged mastermind of the killing of dissident Masoud Molavi Vardanjani – to smuggle him to Iran. The assassination was carried out by a Turkish national named Abdulvahap Kocak, but was allegedly orchestrated by Esfanjani who fled to Iran following the incident.
With the case being revived, the consulate staff member Muhammad Reza Naserzadeh is accused of having forged documents for Esfanjani to enable his return to Iran, and was arrested earlier this week after a court order was issued.
Reuters confirmed that Naserzadeh had been held over Vardanjani’s killing, but the news agency said it could not confirm Sabah’s allegation that the suspect worked at the civic registry department of the Iranian Consulate in Istanbul. Vardanjani, a former Iranian intelligence operative who exposed corruption involving Iranian officials, was shot and killed in Istanbul on November 14, 2019 — a year after leaving Iran. He had been put under investigation by Iranian authorities. A Turkish police report published in March 2020 said Vardanjani had worked in cybersecurity at Iran’s Defense Ministry before becoming a vocal critic of the Iranian regime. Two senior Turkish officials told Reuters last year that Vardanjani’s killing was instigated by intelligence officials at the Iranian Consulate in Istanbul. One of the officials identified the two suspects by their initials, and one set of initials matched Naserzadeh’s. A senior U.S. administration official said in April 2020 that Washington had grounds to believe that Iran’s Ministry of Intelligence and Security was directly involved in Vardanjani’s killing. Iran has denied that any consulate staff had been involved in Vardanjani’s shooting death. Last week, a Belgian court sentenced an Iranian diplomat to 20 years in prison on charges of planning an attack on an exiled opposition group. It was the first trial of an Iranian official on terrorism charges in Europe since Iran’s 1979 revolution.

Another Iranian Diplomat Arrested for Terror.
On February 11, Turkish security forces detained Mohammad Reza Nader-Zadeh, a 43-year-old staff member of Iran’s consulate in Istanbul, for the murder of Iranian dissident Massoud Molavi Vardanjani on November 14, 2019.
Turkish authorities revealed that Nader-Zadeh had forged travel documents for the terror mastermind Ali Esfanjani and helped him to flee to Iran.
Molavi was a former intelligence officer before he moved to Turkey and launched a social media crusade to expose corruption involving Iranian officials and the Quds Force, a subsidiary of the Islamic Republic Revolutionary Guard Corps (IRGC) that improves the Iranian regime’s terror attacks on foreign territories.
In this terror attack, Abdulvahhab Koçak, who was the lieutenant of fugitive Iranian drug lord Naji Sharifi Zindashti, aided Esfanjani. He and Koçak had met in a shopping mall and talked for about half an hour of the murder day. “Esfanjani met Molavi and the two started walking on the street when Koçak approached from behind and fired 11 shots at Vardanjani,” the Turkish Daily Sabah website wrote.
During their investigations, Turkish authorities discovered an Iranian regime’s network in this country, which implemented enormous terror and kidnap operations.
Only within 2019-20, this network assassinated Saeed Karimian, owner of a Persian-language TV station, in addition to Massoud Molavi. Furthermore, they lured another dissident Habib Chaab from Sweden to Istanbul by using a honeytrap. Then, Iran’s intelligence officers abducted and smuggled him to Iran, where he is exposed to torture and the death penalty.
The arrest of a so-called Iranian diplomat for murder activities sounded alarm bells about the Iranian regime’s exploitation of diplomatic privileges for terrorism. Last week, a top Vienna-based Iranian diplomat Assadollah Assadi was convicted to 20 years in prison for plotting a bomb plot against the Iranian Resistance’s annual gathering in June 2018.
Earlier, in March 2018, a terror cell backed by the Iranian embassy in Albania had bombed against the Iranian opposition People’s Mojahedin Organization of Iran (PMOI/MEK) gathering. Albanian authorities also foiled the plot and detained two so-called journalists.
The Albanian government later discovered that Iranian ambassador GholamHossein Mohammad-Nia and his aides were directly involved in the plot. In this respect, Tirana expelled Mohammad-Nia and several terrorists under diplomatic coverage since then.
These events apparently highlight the imperative of a firm approach toward the world’s number one state-terrorism. The international community should hold the Iranian government accountable and hamper Tehran from using diplomatic privileges for either terror attacks or improving its hostage-taking technique to escape justice.

The Uighur community in Turkey could be in jeopardy after a recent agreement was reached between Turkey and China, Voice Of America (VOA) wrote on 7 January 2021.
An estimated 50,000 Uighurs are believed to reside in Turkey, constituting the largest Uighur refugee community in the world.
Uighur diaspora activists cite a significant shift since 26 December 2020, when the Standing Committee of Chinese People's Congress ratified an extradition accord with Turkey.
The treaty dates to May 2017, when Turkish President Recep Tayyip Erdogan visited Beijing to attend the Belt and Road Initiative Forum.
“If we look at China's systematic assimilationist and genocidal policies in East Turkistan, the dangers that this agreement may bring will be severe,” said Erkin Ekrem, director of Ankara-based Uighur Research Institute, using the Uighur preferred “East Turkistan” term for China’s Xinjiang region.
Ekrem told VOA the extradition treaty tilts largely in favor of China, where capital punishment is applied. He said Uighur refugees who are at risk of a death sentence if they return to China are particularly made vulnerable by the treaty, which makes no stipulation that those who are facing the death penalty there cannot be extradited.
The agreement, consisting of 22 articles, obligates a signing country to extradite any person wanted on charges of criminal activity to the requesting country.
“Extradition can only be granted if the conduct targeted by the extradition request constitutes a crime under the laws of both countries,” the agreement states.
Turkish and Chinese officials have dismissed claims the treaty provides a legal window for the deportation of Uighurs from Turkey.