situation:
Vatican use of the death penalty persisted into the 19th century, under Pope Pius IX; although on the books, neither the death penalty nor life imprisonment had been imposed after Vatican City became an internationally recognised sovereign state in 1929.
Pope Paul VI formally banned the use of the death penalty in Vatican City State in 1969.
Pope John Paul II declared the Church’s near total opposition to the death penalty. In his encyclical “Evangelium Vitae” (The Gospel of Life) issued in March 1995, he wrote that execution is only appropriate “in cases of absolute necessity: in other words, when it would not be possible otherwise to defend society. Today however, as a result of steady improvements in the organization of the penal system, such cases are very rare, if not practically non-existent.”
The revised Vatican constitution that took effect on 22 February 2001 removed the death penalty from the text of the Fundamental Law, equivalent to a constitution, which dates back to the 1929 creation of the modern Vatican City State.
On 11 July 2013, Pope Francis approved a major updating of the criminal laws of Vatican City State. The changes include the abolition of life imprisonment. The maximum penalty under the new Vatican code is 35 years. In October 2014, Pope Francis called life sentences “a death penalty in disguise” that should be abolished along with capital punishment. In the wide-ranging address to delegates from the International Association of Penal Law, Francis added that keeping inmates isolated in maximum security prisons is “a form of torture.” 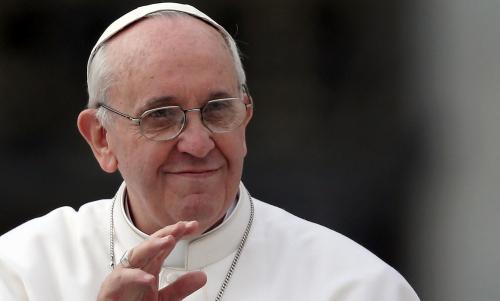 USA - Vatican City. New Papal Encyclical Tells Catholics There is ‘No Stepping Back’ From Opposition to Death Penalty.

USA - Vatican City. New Papal Encyclical Tells Catholics There is ‘No Stepping Back’ From Opposition to Death Penalty. 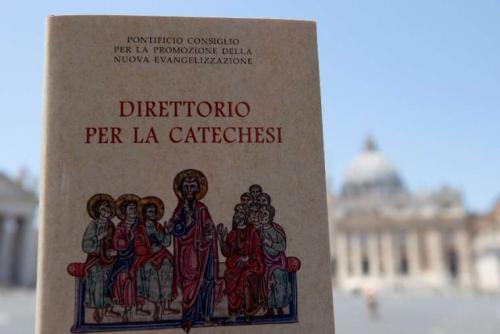 VATICAN CITY - “The new Directory for Catechesis”, recalls that the death penalty is “inadmissible.”

VATICAN CITY - “The new Directory for Catechesis”, recalls that the death penalty is “inadmissible.”

New Papal Encyclical Tells Catholics There is ‘No Stepping Back’ From Opposition to Death Penalty.

A new papal encyclical letter tells Catholics around the world that “there can be no stepping back” from the Church’s formal opposition to the death penalty.

Pope Francis’ October 3, 2020 encyclical, entitled Fratelli Tutti, rejected capital punishment as a “false answer [] that… ultimately does no more than introduce new elements of destruction in the fabric of national and global society.” Citing centuries of death-penalty opposition by leading Catholic scholars and clergy and calling attention to the possibility of judicial error and the misuse of capital punishment as a tool of persecution by autocratic regimes, Francis called upon “all Christians and people of good will” to work for “the abolition of the death penalty, legal or illegal, in all its forms.”

The Pope cast his decree as a direct and inevitable successor to Pope John Paul II’s 1995 encyclical, Evangelium Vitae, condemning capital punishment “except in cases of absolute necessity… when it would not be possible otherwise to defend society.” Those circumstances, John Paul said, “are very rare, if not practically non-existent.”

“Saint John Paul II stated clearly and firmly that the death penalty is inadequate from a moral standpoint and no longer necessary from that of penal justice,” Francis declared. “There can be no stepping back from this position. Today we state clearly that ‘the death penalty is inadmissible’ and the Church is firmly committed to calling for its abolition worldwide.”

Catholic activists against the death penalty hailed the Pope’s pronouncement. Krisanne Vaillancourt Murphy, executive director of the Catholic Mobilizing Network, said “Pope Francis has leveraged the full weight of the church’s teaching behind its opposition to capital punishment.” Sister Helen Prejean said the encyclical will “help end this unspeakable suffering and spark the Gospel of Jesus to be lived in its fullness: restoration of human life, not humiliation, torture, and execution.”

Although the primary theme of the encyclical was mercy, Pope Francis also based his statements about the death penalty in opposition to revenge. “Fear and resentment can easily lead to viewing punishment in a vindictive and even cruel way, rather than as part of a process of healing and reintegration into society,” he wrote.

The pope took direct aim against the use of the death penalty as an instrument of political demagoguery and government oppression. He directly connected the death penalty with police and political killings, describing “so-called extrajudicial or extralegal executions” as “particularly serious.”

“In some political sectors and certain media,” Francis said, “public and private violence and revenge are incited, not only against those responsible for committing crimes, but also against those suspected, whether proven or not, of breaking the law. … There is at times a tendency to deliberately fabricate enemies: stereotyped figures who represent all the characteristics that society perceives or interprets as threatening. The mechanisms that form these images are the same that allowed the spread of racist ideas in their time.”

“Not even a murderer loses his personal dignity,” Francis said. “The firm rejection of the death penalty shows to what extent it is possible to recognize the inalienable dignity of every human being and to accept that he or she has a place in this universe.”

SINGAPORE: MALAYSIAN MAN ESCAPES HANGING AFTER BEING ACQUITTED ON DRUG CHARGE BY COURT OF APPEAL