government:
state of civil and political rights:
constitution:
legal system:
legislative system:
judicial system:
religion:
death row: 126 (as of April 1, 2013, source: DPIC)
year of last executions: 0-0-0
death sentences: 0
executions: 0
international treaties on human rights and the death penalty:
situation:
The method of execution is injection. Choice of Gas Chamber if sentenced before 11/92. The sentence is determined by a jury. The death row is located at Florence (Women: Perryville). As for the clemency process, the Governor has authority to grant clemency with nonbinding advice of Board of Pardons and Paroles.

USA - Arizona. 4 death row prisoners have tested positive for coronavirus and another 5 are showing symptoms

USA - Arizona. 4 death row prisoners have tested positive for coronavirus and another 5 are showing symptoms 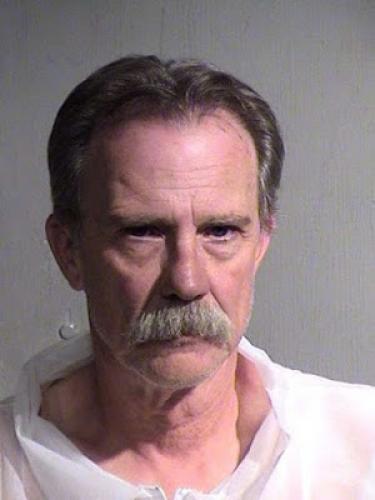 In Arizona, at least 8 death row prisoners have tested positive for COVID-19, including Alfonso Salazar, who died in April from complications of COVID-19, said attorney Dale Baich, who leads death penalty appeals in the Federal Public Defender’s Office in Arizona. Baich confirmed the cases in his role as a lawyer representing the inmates. The Arizona prisons department declined comment, citing the confidentiality of inmate medical records.

4 death row prisoners have tested positive for coronavirus and another 5 are showing symptoms at the Arizona prison with the most confirmed cases, a defense attorney told The Associated Press. The 1st case on death row surfaced last week at the prison complex in Florence, which accounts for 22 of the 34 infections in Arizona prisons. 3 other prisoners have since tested positive, said Dale Baich, who leads death penalty appeals in the Federal Public Defender’s Office in Arizona. It’s unknown whether the 5 death row prisoners with symptoms have been tested. The Florence prison houses nearly 3,600 people, including the 114 men in Arizona who have been sentenced to die. Corrections officials didn’t answer questions from the AP about how many death row prisoners have tested positive for COVID-19 and whether the five with symptoms had been tested. They also have declined to say whether any prisoners who tested positive for the virus have died. In Arizona, the 1st death row prisoner to test positive was Patrick Bearup. Baich declined to reveal the identities of the 3 others. In a brief phone interview Monday with the AP, Bearup said he and several other prisoners with confirmed cases were quarantined in a filthy, roach-infested building at the complex in Florence. Bearup, who was convicted of killing 40-year-old Mark Mathes in 2002, said corrections officials weren't prepared to deal with the sick prisoners. He said they weren’t being given adequate supplies to clean cells and the quality of the water in the quarantine area where he is housed made him want to vomit. Bearup, who has asthma, was being treated with a nebulizer device, which administers medication to the lungs. Previously, corrections officials said they were separating prisoners with flu-like symptoms from the general prison population, providing soap for cleaning housing areas and good hygiene, and waiving a $4 medical copayment that prisoners must pay for receiving treatment for cold and flu symptoms. Overall, Arizona has more than 5,700 confirmed cases of the virus, with 249 deaths.