government:
state of civil and political rights:
constitution:
legal system:
legislative system:
judicial system:
religion:
death row: 95 (as of April 1, 2013, source: DPIC)
year of last executions: 0-0-0
death sentences: 0
executions: 1
international treaties on human rights and the death penalty:
situation:
The method of execution is injection. The sentence is determined by a jury. The death row is located at Jackson (Women: Atlanta). As for the clemency process, the State Board of Pardons has exclusive authority to grant clemency.

Donnie Cleveland Lance, 66, White, was executed. Lance said nothing when he was given a chance to make a final statement. The warden left the execution chamber at 8:54 p.m. Records from previous executions show that the lethal drug generally begins flowing within a minute or two of the warden's exit. Lance took about a dozen deep breaths and then became completely still about 3 minutes after the warden left. A jury found Lance guilty of murder and sentenced him to die in 1999. In 2009, a state judge overturned the death sentence, ruling that Lance received inadequate representation during his trial. The state Supreme Court overturned the ruling a year later (See Jan. 25, 2010). Lance had been sentenced for the killings of his ex-wife Sabrina Lance and her boyfriend Dwight Wood Jr. The 2 were slain on November 8, 1997, at Wood's home. Lance had consistently said he did not kill the pair. Lance was the 1st prisoner executed in Georgia this year, the 76th since the state resumed executions in 1983, the 2nd this year in the USA, and the 1514th person executed in the United States since 1977. 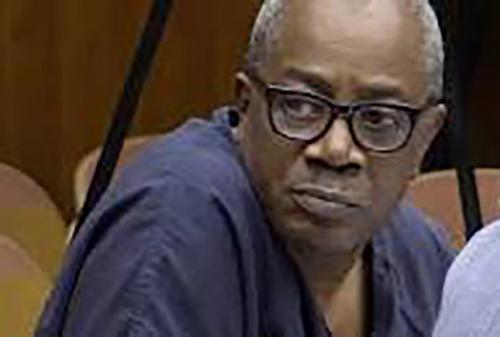 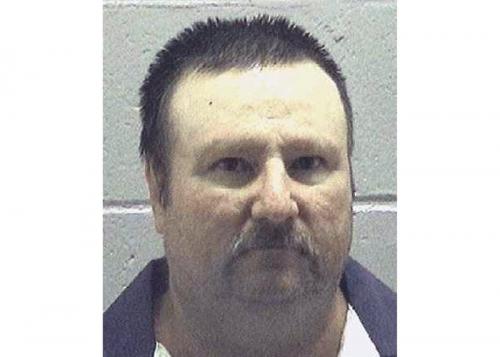 Georgia inmate freed after 43 years for crime he denies committing----Courts found blatant racism was key factor in Johnny Lee Gates’ conviction. After 43 years in prison — more than 25 years of that on death row — Johnny Lee Gates walked out of custody on Friday a free man. Gates was convicted during a 1977 trial of the rape, armed robbery and murder of a 19-year-old German immigrant who’d moved to Columbus 12 days earlier to be with her husband, a soldier at Fort Benning. But Gates’ lawyers later showed that prosecutors used blatant race discrimination during jury selection and persuaded the Georgia Supreme Court to grant Gates a new trial based on newly discovered DNA evidence. “I’ve fought for 43 years for this day,” Gates said. “I always had faith it would come, even when others weren’t sure. I am an innocent man. I did not commit this crime. What happened to me is something that should never happen to any person. But I am not bitter. I thank God that I am here, and I am happy to be free.” On Friday, Gates entered what’s called an “Alford plea” to involuntary manslaughter and armed robbery — a plea in which Gates did not admit to committing the crimes but conceded prosecutors had enough evidence to convict him. Gates was sentenced to 40 years for the 2 crimes. But since he had already spent all that time, plus an additional 3 years, behind bars, he received credit for time served. Gates confessed to police he’d committed the crimes, but his lawyers contended he had been coerced. At trial, prosecutors said Gates tightly bound murder victim Katharina Wright with a necktie and a belt from a bathrobe before killing her. In 2015, representatives from the Georgia Innocence Project found those 2 pieces of evidence in the Muscogee County district attorney’s office in 2015, and Senior Judge John Allen allowed the items to be tested for DNA. A series of tests found the presence of DNA from as many as 5 individuals on the tie and belt — but not from Gates. This led Allen to grant Gates a new trial, a decision that was later upheld by the Georgia Supreme Court. In its ruling on March 13, the state high court said “the newly discovered DNA evidence now available to Gates casts significant doubt on the state’s theory that Gates was the perpetrator.” In his new trial order, Allen also condemned prosecutors’ strikes of prospective black jurors during jury selection, finding “undeniable” and “overwhelming” evidence of race discrimination. Prosecutors' notes from the 1977 murder trial of Johnny Lee Gates in Columbus, Ga. show that all 4 black prospective jurors (marked with an N in the notes) were struck. Each name also has a 1 to the left of it, indicating that prosecutors found them least favorable. 2 other white prospective jurors who were also struck are included here, with a note on one (Campbell, No. 15) saying that he was opposed but would grant the death penalty. Gates’ new legal team from the Georgia Innocence Project and the Southern Center for Human Rights found that Columbus prosecutors systematically excluded prospective black jurors in 7 death penalty cases, including Gates’, in the 1970s. Gates was initially sentenced to death during his 3-day trial in 1977. He was re-sentenced to life in prison without the possibility of parole in 2003. For Gates’ case see also HoC 10/01/2019 and 13/03/2020.

Supreme Court of Ga. grants new trial to Johnny Lee Gates. The Supreme Court of Georgia has upheld the Muscogee County court’s decision (see HoC January 10, 2019) to grant a new trial to a man convicted of a 1976 rape and murder. Gates, then 21, now 64, Black, was arrested and charged with the murder, rape and armed robbery of 19-year-old Katharina Wright in Columbus. Gates was convicted 1977 and sentenced to death. That conviction and sentence were upheld by the Supreme Court of Georgia in 1979. In 2003, Gates was re-sentenced to life in prison without the possibility of parole after the State agreed to remove the death penalty following a mistrial on the question of intellectual disability. Gates’ attorneys located a bathrobe belt and 4 neckties that had been used to bind Wright in the office of the district attorney. These items were believed to have been destroyed following Gates’ trial. The items were then tested for DNA and results showed that the items had DNA on them, but not Gates’ DNA. Gates was granted a new trial on the basis of this DNA evidence and the fact that the State’s case was predicated on Gates being barehanded when committing the crime. There is no date as to when this new trial will take place.

Hours before he was to be executed, Jimmy Fletcher Meders was granted clemency — largely because of what the jurors said when they were contacted 30 years after the trial. Jimmy Fletcher Meders’ sentence was commuted Thursday to life without parole by Georgia’s Board of Pardons and Parole, said a news release signed by Chairman Terry Barnard. Meders, now 58, had been sentenced to death in 1989 for the 1987 murder of convenience store clerk Don Anderson while stealing $38. Meders said he did not pull the trigger but admitted to being involved in the robbery. The gun was found at his home, and none of his 3 companions that night was tried for the crime. His execution was scheduled for 7 p.m. Thursday. The board cited the fact that the jury wanted the sentence of life without parole but that punishment was not an option in 1989. The six surviving jurors were contacted recently, and they confirmed that the death sentence had not been their first choice. Court documents show that, 20 minutes into deliberations, the jury asked the judge, “If the jury recommends that the accused be sentenced to life in prison, can the jury recommend that the sentence be carried out without parole?” The board also referred to Meders’ lack of a criminal record before the Jiffy Store robbery and his good behavior while on death row for almost 30 years. 4 years after the trial, the state added life without parole as a possible punishment, according to the Death Penalty Information Center.