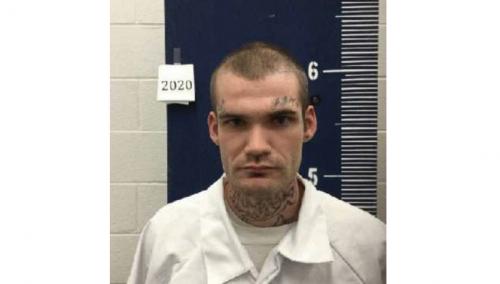 Ricky Dubose sentenced to death
A Putman County jury sentenced Ricky Dubose, 29, White, to death for killing 2 corrections officers on June 13, 2017
Dubose and his accomplice, Donnie Rowe, set off a manhunt in June 2017 after they slipped out of their handcuffs and broke their way out of what was supposed to be a secure cabin on a transport bus. They disarmed the corrections officers before killing Curtis Billue, the bus driver, and guard Christopher Monica.
Dubose, Rowe and several other inmates were en route from a state prison in Hancock County to another detention center in Butts County. They escaped the bus in Putnam County, where prosecutors said they stole multiple vehicles, robbed two homes, and tied up and terrorized an elderly couple. At one point, they led police on a high-speed chase.
They were captured three days after their escape in central Tennessee after a homeowner saw them attempting to steal his vehicle and, together with a neighbor, restrained the men.
In Sept. 2021, a jury convicted Rowe of charges in connection with the case, including felony and malice murder. Rowe was sentenced to life without parole. The jury spared Rowe's life because he wasn't the one who pulled the trigger, killing the officers.
Unlike Rowe, Dubose was unable to avoid the death penalty despite his team of attorneys' efforts to convince the jury the death penalty should not be given because he was intellectually disabled and mentally ill.
Prior to their escape attempt, Rowe was serving a sentence of up to life in prison for armed robbery and aggravated assault in a 2001 case. Dubose was serving up to 20 years for armed robbery, aggravated assault and theft after a conviction in 2014. He also was convicted of theft and identity fraud in 2010.

Timothy Foster Resentenced to life in prison without the possibility of parole.
Foster, now 54, Black, had conviction and death sentence overturned by the U.S. Supreme Court in 2016 because Georgia prosecutors discriminatorily struck Black jurors from serving in his case.
On March 4, 2022, Foster pleaded guilty in a Rome, Georgia courtroom and accepted the life sentence after prosecutors agreed to drop the death penalty in his case. The plea deal ends a 35-year legal odyssey that began in 1987 when Foster, who is Black, was sentenced to death at age 18 by an all-white jury after prosecutors used their peremptory challenges to remove every Black prospective juror from the jury pool. On May 23, 2016 (see HoC), by a vote of 7-1, the U.S. Supreme Court overturned Foster’s death sentence and conviction in Foster v. Chatman because Foster’s prosecutors had improperly exercised their discretionary jury strikes on the basis of race to exclude Black jurors in his trial. The justices ruled that Foster was entitled to a new trial, and in 2018, Georgia announced it would seek another death sentence for Foster. In a 2019 pre-trial hearing, Harold Chambers, who was in 1987 an assistant district attorney for Floyd County, Georgia, testified that he heard District Attorney Steve Lanier and his lead investigator Clayton Lundy arguing about Foster’s jury strikes while jury selection was under way. “Mr. Lundy told Lanier they had to put a black person on the jury,” Chambers testified. “Lanier kept saying ‘no, I’m not going to do it.’” Eventually, Lundy told Lanier that “if you don’t put a black juror on this jury this is going to come back to haunt you.” Assistant District Attorney Douglas Pullen also represented the State in Foster’s trial. Pullen prosecuted five capital trials involving black defendants between 1975 and 1979 while he was a prosecutor in Columbus, Georgia. In those cases, he struck all 27 black prospective jurors and successfully empaneled five all-white juries.
Veteran death-penalty and civil-rights lawyer Stephen B. Bright, the former President of the Southern Center for Human Rights, successfully argued Foster’s case and 2 other jury discrimination cases in the U.S. Supreme.