government:
state of civil and political rights:
constitution:
legal system:
legislative system:
judicial system:
religion:
death row: 88 (as of April 1, 2013, source: DPIC)
year of last executions: 0-0-0
death sentences: 0
executions: 0
international treaties on human rights and the death penalty:
situation:
The method of execution is injection. The sentence is determined by a jury. The death row is located at Angola (Women: St. Gabriel). As for the clemency process, the Governor has authority to grant clemency with nonbinding advice of Board of Pardons and Paroles. 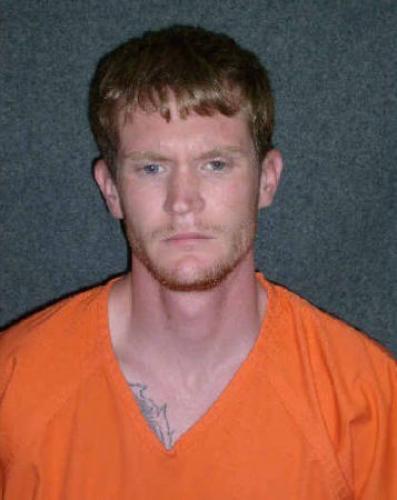 U.S. Supreme Court: Unanimous jury verdict required to convict. The U.S. Supreme Court ruled that the Constitution requires jurors to be unanimous before criminal defendants can be convicted of a serious crime. The justices on Monday threw out the conviction of Evangelisto Ramos, a Louisiana man who was convicted of 2nd-degree murder on a 10-2 jury vote and sentenced to life in prison in 2016. The high court’s 6-3 decision nullified a 1972 Supreme Court ruling that said the Constitution’s Sixth Amendment doesn’t require states to have unanimous verdicts. The Supreme Court has long said that unanimity is required in federal courthouses. The latest case produced an unusual split, with Chief Justice John Roberts and Justices Samuel Alito and Elena Kagan in dissent, saying the court should have abided by the 1972 precedent. Louisiana and Oregon were the only two states that let some defendants be convicted even if 1 or 2 jurors disagreed. Louisianans voted in 2018 to start requiring unanimity, but only for crimes committed in 2019 or later. Louisiana already required a 12-0 verdict in death penalty cases. Like the rest of the Bill of Rights, the Sixth Amendment was originally aimed only at the federal government. Starting in the 1960s, the court began “incorporating” many of those rights into the 14th Amendment’s due process clause, which binds the states. The case is Ramos v. Louisiana, 18-5924.

A jury in St. John Parish sentenced Kyle Joekel to death for the Aug. 16, 2012 murders of deputies Brandon Nielsen and Jeremy Triche. Prosecutors said Joekel, 35, White, was a member of the “sovereign citizens” movement, an anti-government group that ambushed the deputies in a trailer park. Jurors were selected from Rapides Parish because the publicity in St. John Parish about the highly emotional case made it impossible to select a jury from the parish. The judge will pass the final sentence at a later date.

Reaching the 10-year mark since its last execution this month, Louisiana has joined a trend of falling execution numbers across the country. Death chambers in 12 of 29 states with legalized capital punishment have gone unused for more than a decade, said Robert Dunham, executive director of the Washington-based Death Penalty Information Center (California, Colorado, Indiana, Kansas, Kentucky, Louisiana, Montana, Nevada, North Carolina, Oregon, Pennsylvania, Wyoming, plus US Federal Government and US Military). Utah will join that list in June. 68 people sit on Louisiana’s death row, with no execution dates set. Louisiana's execution protocols are tied up in litigation, and corrections officials say they can't obtain lethal injection drugs amid pushback from pharmaceutical manufacturers. Not surprisingly, people on opposite ends of the capital punishment debate disagree about the driving forces behind the drop in executions. “The reason it’s not being enforced is political. If there was a strong interest in getting the law enforced for the worst murderers in Louisiana, you’d have the drugs or you’d have alternative drugs,” said Michael Rushford, president of the California-based Criminal Justice Legal Foundation, which supports capital punishment. Louisiana Gov. John Bel Edwards, a Democrat recently reelected to a 2nd term, refuses to disclose his personal opinion about the death penalty. But he insists the issue is out of his hands, both because of a 2012 lawsuit challenging the state's lethal injection protocol and procedures and because companies don't want their products associated with capital punishment. “There is a federal court stay on executions in Louisiana, and we also have an inability to acquire the drugs to use in lethal injections,” Edwards said during his reelection campaign. “No manufacturer will sell them to us for that purpose — and in fact they have threatened suit against Louisiana if we use them for executions.” While executions remain stalled, Louisiana's death row continues to shrink. 22 inmates previously sentenced to death have had those sentences reduced or have been exonerated since 2010, according to the corrections department, and 4 people awaiting executions have died from natural causes.