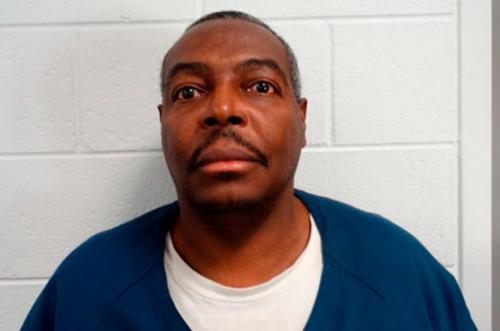 USA - Michigan. William Garrison died of COVID-19 a few days before his release after serving 44 years.

USA - Michigan. William Garrison died of COVID-19 a few days before his release after serving 44 years.

William Garrison, who was set to be paroled just weeks from now after serving nearly 44 years behind bars, died last week from COVID-19, prison officials said. William Garrison had a chance to be released earlier this year, but decided to complete his full sentence so he'd be free from supervision after his release.
Garrison was 60, and had been in prison since he was 16, according to the Wayne County Prosecutor's Office. He was serving time for first-degree murder during an armed robbery in 1976.
The Michigan Department of Corrections had already offered to parole Garrison this year, but he "refused to leave prison," department spokesman Chris Gautz said.
"He did not want to be on parole, he wanted to wait and just walk out completely free from supervision in September," Gautz said.
The department offered him parole once again three weeks ago, since his age made him more vulnerable to coronavirus, and Garrison agreed, Gautz said.
The department asked for prosecutors to waive the mandatory 28-day waiting period for his release. But Garrison died just five days later, on April 13, before the prosecutor's office responded.
Gautz said that Garrison hadn't complained about being ill until shortly before his death, and had not reported any symptoms of COVID-19. A test after his death confirmed that he had the virus.
"We did everything we could get him out," Gautz said.
Garrison's sister, Yolanda Peterson, told the Detroit Free Press she thinks prison staff could have done more to help her brother, and that men in the prison said Garrison's cellmate had been ill for several days before Garrison's death. The Department of Corrections said it checked on inmates cell-by-cell, and that Garrison's cellmate later tested negative for the virus.
At least 17 inmates in Michigan have died from the virus and more than 520 have tested positive, according to the Department of Corrections. Nationwide, the U.S. has more people behind bars, per capita, than any other nation, and crowded prison facilities are especially conducive to the spread of coronavirus to inmates and staff.
Michigan has confirmed 31,242 cases overall and 2,391 deaths as of Monday morning, according to Johns Hopkins University. Michigan has the nation's third-highest death count from the virus, behind New York and New Jersey.