government:
state of civil and political rights:
constitution:
legal system:
legislative system:
judicial system:
religion:
death row: 46 (as of April 1, 2013, source: DPIC)
year of last executions: 0-0-0
death sentences: 0
executions: 0
international treaties on human rights and the death penalty:
situation:
The method of execution is injection. The sentence is determined by a jury. The death row is located at Parchman (Women: Pearl). As for the clemency process, the Governor has sole authority to grant clemency. 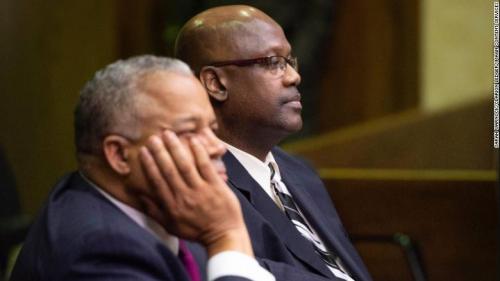 A Pike County jury sentenced Willie Cory Godbolt, 37, Black, to death. Godbolt blamed the devil for his actions the night he shot 8 people to death. Godbolt was convicted Tuesday of the May 2017 slayings of 8 people. 4 of the convictions were for murder, which carry a sentence of life in prison. 4 other convictions were for capital murder - a killing committed along with another felony. Godbolt has been sentenced to death for the murders of Deputy William Durr (who was shot to death while responding to a domestic disturbance call), Jordan Blackwell, Austin Edwards, and Sheila Burage. He was sentenced to life sentences for the deaths of Brenda May, Barbara Mitchell, Toccara May, and Ferral Burage. Godbolt was also sentenced to life for the attempted murder of Timothy Keys. He is also facing a life sentence for kidnapping and 20 years for armed robbery. Godbolt gave a rambling speech full of religious references in court Thursday, and at one point a spectator seated among the victims' families yelled at him to shut up, the Enterprise-Journal reported. Godbolt said he had prayed to be a better man, "but the devil came to kill and destroy. He wasn't going to let that be." Investigators said that on May 27, 2017, Godbolt went to his in-laws' home and argued with his estranged wife about their children. The deputy, Godbolt's mother-in-law and 2 other people were killed there. In the early hours of the next day, 2 young people were killed in a 2nd house, and a married couple was killed in a 3rd house. Dr. Matt Mendel, a clinical psychologist from Raleigh, North Carolina, had testified Thursday that he interviewed Godbolt and several of his relatives on behalf of the defense. When Godbolt was 17, his stepmother shot and killed his father, which "led to enormous anger and resentment, especially toward women," Mendel said. Circuit Judge David Strong has not set a formal sentencing date.

Doug Evans Recuses Himself From Curtis Flowers Case. Controversial Mississippi Prosecutor Doug Evans Recuses Himself from Further Involvement in Curtis Flowers’ Case. After having been rebuked by the U.S. Supreme Court in June for his pattern of racially biased jury selection in the capital prosecutions of Curtis Flowers and sued in federal court to bar future race-based jury strikes, Mississippi prosecutor Doug Evans has voluntarily recused himself from future involvement in Flowers’ case. Evans has been the driving force in Flowers’ case for more than 23 years, personally prosecuting Flowers 6 times for a quadruple murder in Winona, Mississippi. On December 16, 2019 (see) Flowers was released on bond. Evans requested the Mississippi Attorney General’s office take over the case.