government:
state of civil and political rights:
constitution:
legal system:
legislative system:
judicial system:
religion:
death row: 11 (as of April 1, 2013, source: DPIC)
year of last executions: 0-0-0
death sentences: 0
executions: 0
international treaties on human rights and the death penalty:
situation:
The method of execution is electrocution. The sentence is determined by a jury that decides on aggravators (must be unanimous); a 3 judge panel decides the sentence. Death row is located at Lincoln (Women: York). As for the clemency process, the An Executive panel -- including the governor -- has the authority to grant clemency. 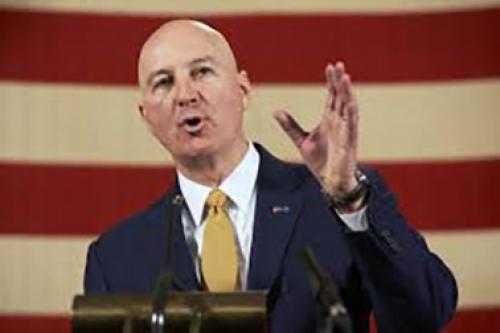 USA - Nebraska. The Legislature advanced LB 238 that would ensure a more transparent execution

USA - Nebraska. The Legislature advanced LB 238 that would ensure a more transparent execution

Governor Ricketts Vetoes Execution Transparency Bill. Governor Pete Ricketts has vetoed LB 238, a bill that would have increased transparency in the state’s execution process. LB 238 passed the state’s unicameral legislature on August 13, 2020 (see) by a vote of 27-10. It would have allowed witnesses to see the execution from the moment the prisoner enters the death chamber until the prisoner is declared dead or the execution is halted. In his August 17 veto message to the legislature, Ricketts claimed that the bill would have “added additional burdens to the process of carrying out the death penalty in Nebraska” and “would mandate changes to the state’s current execution protocol.” He said state law protects the identity of execution employees and that “wearing a mask or disguise in an attempt to conceal their identity could impede necessary procedures if the staff member’s eyesight is hindered or blocked.” Wearing personal protective equipment during the course of an execution “would make a mockery of the execution and show a complete lack of respect for the inmate, the inmate’s family, and for family of the victim,” Ricketts wrote. The bill’s sponsor, Senator Patty Pansing Brooks, called Ricketts’ action “highly disturbing” and said “it fundamentally betrays the public’s right to accountability and transparency in our State government.” In a statement released in response to the veto, she wrote: “LB238 adds no ‘additional burdens,’ as spuriously claimed by the Governor.” All it would have done, she said, is “prevent the Department of Corrections from once again closing the curtain on an execution and blocking the view of witnesses who are statutorily allowed to be present.” She said Ricketts’ complaints about disclosing the identity of execution team members was “blatantly bogus because under current law and LB238, the executioner’s identity was and would have remained protected.” ACLU of Nebraska Executive Director Danielle Conrad said Governor Ricketts’ veto “was contrary to … Nebraska’s proud tradition of open government.” She said Ricketts’ action “will allow state officials to operate in the shadows, carrying out the death penalty without ensuring that witnesses can observe this grave and irrevocable act. Bottom line, the people have a right to know how the state takes a person’s life.” The execution transparency bill was a bipartisan response to concerns about Nebraska’s 2018 execution of Carey Dean Moore, the state’s first execution by lethal injection. The execution employed a four-drug cocktail that has never been used in any other state, consisting of diazepam (the sedative Valium), fentanyl citrate (an opioid painkiller), cisatracurium besylate (a paralytic), and potassium chloride to stop the heart. During Moore’s 23-minute procedure, witnesses reported that Nebraska prison officials dropped a curtain three times, blocking their view of the execution. The third curtain drop occurred just after the final drug was administered, preventing the witnesses from viewing the 14-minute period from the administration of that drug to the time Moore was declared dead. The Lincoln Journal-Herald reported witnesses observed that “Moore coughed, his diaphragm and abdomen heaved, he went still, then his face and fingers gradually turned red and then purple, and his eyes cracked open slightly. One witness described his breathing as shallow, then deeper, then labored.” During legislative hearings, correctional officials had suggested that drawing the curtain during the execution was necessary to protect the identities of execution team members. The bill sought to address that concern by permitting team members to wear surgical masks to obscure their identities. The Nebraska legislative session ended August 14, providing lawmakers no opportunity to attempt to override the governor’s veto.

LB 238 passed the state’s unicameral legislature on August 13, 2020 by a vote of 27-10 with 12 members present but not voting. The bill would allow witnesses to see the execution from the moment the prisoner enters the death chamber until the prisoner is declared dead or the execution is halted.

Nebraska Supreme Court Orders Release of Lethal-Injection Drug Records. In a major victory for media outlets and prisoner advocates, the Nebraska Supreme Court has ordered the state’s Department of Correctional Services (DCS) to release public records related to the procurement of drugs used in the 2018 execution of Carey Dean Moore. The court rejected the state’s argument that drug suppliers and manufacturers are members of the execution team whose identities may be shielded from disclosure but permitted DCS to redact information that could identify corrections personnel who carried out the execution. The court’s 7-0 decision, issued May 15, 2020, came in an appeal of orders entered by a lower court in a series of open-records lawsuits filed by two leading Nebraska newspapers and the ACLU of Nebraska. The Omaha World-Herald, Lincoln Journal Star, and the state chapter of the ACLU had each separately sued DCS after the department denied requests for lethal-injection records submitted by the organizations in 2017. On June 18, 2018, two months before Moore’s scheduled execution, a Nebraska district court ordered DCS to turn over the records. The state appealed that decision to Nebraska’s high court, and as a result, the documents remained secret at the time of Moore’s execution. Representatives of the newspapers and the ACLU applauded the decision as a victory for government transparency. In 2011, Nebraska purchased sodium thiopental from a supplier in India named Harris Pharma. Harris had obtained the drugs without charge from the Swiss-based pharmaceutical manufacturer Naari, telling the company that he was sending the drug to Africa for humanitarian purposes. Naari sued Nebraska after learning that its product had been purchased for use in executions. Four years later, while the state legislature was debating the repeal of the state’s death-penalty statute, DCS purchased 1000 more vials of sodium thiopental from Harris Pharma, despite warnings from the Food and Drug Administration (FDA) that importation of the drug would violate federal law. Nebraska paid $54,400 for the drugs but, citing a lack of clearance from the Food and Drug Administration, FedEx refused to bring the drugs into the country. Harris Pharma did not refund the payment Nebraska had made for the drugs. In August 2018, the German-based pharmaceutical company Fresenius Kabi sued Nebraska alleging that the state intended to use drugs manufactured by the company in the execution of Moore. The company alleged that Nebraska had obtained those drugs “through improper or illegal means,” in violation of the Fresenius Kabi’s distribution contracts, and unsuccessfully sought to have its drugs returned. The public-records lawsuits filed by the newspapers and the ACLU requested that DCS produce numerous records documenting the state’s process for buying the execution drugs and identifying the supplier from which it was purchased. The Nebraska court’s order requires DCS to turn over purchase orders, chemical analysis reports, communications with the drug supplier, federal Drug Enforcement Administration forms, invoices, inventory logs, and a photograph of the packaging in which the drugs arrived. The decision sends the case back to a lower court, stating, “On remand, the district court must order DCS director Scott Frakes to produce nonexempt portions of the purchase orders and chemical analysis reports after portions that may be withheld have been redacted, such as an execution team member’s name, title, home or work address, telephone number, or email address.” State officials said the process may take four months, depending on whether the state seeks a rehearing, and how quickly the lower court acts. Carey Dean Moore’s execution was the first, and thus far only, in the country to use a four-drug protocol of diazepam (the sedative Valium), fentanyl citrate (an opioid painkiller), cisatracurium besylate (a paralytic), and potassium chloride to stop the heart. In addition to the dispute over the execution drugs.
https://deathpenaltyinfo.org/news/nebraska-supreme-court-orders-release-of-lethal-injection-drug-records

On Thursday, the Legislature debated and then voted to advance a bill (LB 238) that would ensure a more transparent execution, and a requirement that 2 members of the Legislature be allowed to witness executions along with media representatives, family members and certain Corrections employees. It's been 18 months since Nebraska conducted its first execution in more than 20 years, killing Carey Dean Moore by lethal injection (see Aug. 14, 2018). Some senators are still disturbed by the 14-minute gap in that execution that witnesses missed when the curtain was closed and only reopened after Moore had been declared dead. The bill would allow witnesses to see the execution from the time the condemned prisoner enters the death chamber until the person is declared dead or the execution is halted.