government:
state of civil and political rights:
constitution:
legal system:
legislative system:
judicial system:
religion:
death row: 147 (as of April 1, 2013, source: DPIC)
year of last executions: 0-0-0
death sentences: 0
executions: 0
international treaties on human rights and the death penalty:
situation:
The method of execution is injection. The sentence is determined by a jury. The death row is located at Youngstown (Women: Marysville). As for the clemency process, the Governor has authority to grant clemency with nonbinding advice of Board of Pardons and Paroles. 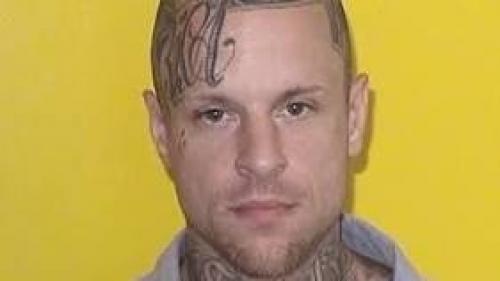 Judge Donald Oda II did not sentence Jack Welninski to death, but to life in prison without parole for murdering his cellmate in April 2018 at Lebanon Correctional Institution. “No one ever taught Jack Welninski the value of human life,” Oda said during a long explanation of his decision. On Friday, the jury found Welninski, 34, White, guilty of aggravated murder while at the prison outside Lebanon after just over an hour of deliberations. It deliberated about six hours before recommending the death penalty. Welninski was found guilty of the aggravated murder of Kevin Nill, 40. Oda ruled the mitigating factors outweighed those that would have prompted him to order the death penalty. “I choose life,” Oda said.

Warren County jury recommends death penalty for Jack Welninski, 34, White. Welninski was found guilty of murdering cellmate Kevin Nill, 40, in their cell at Lebanon Correction Institution in April 2018. Judge Donald Oda II will decide whether to accept the jury’s recommendation on Thursday. Welninski used a bandage intended to immobilize his broken arm to strangle to death Nill, who was serving 18 months for attempted domestic violence. John Kaspar, Welninski’s lead lawyer, urged the jury to look beyond the facts of the case and also hold the State of Ohio accountable for death. “This is an institutional failure,” Kaspar said. “If Jack is guilty so too is the State of Ohio, so too is Lebanon Correctional Facility.” Wellninski is already serving 69 years in prison for the Dec. 18, 2015 attempted murder of police officer Tim Stecker. Welninski could be sentenced to 20, 25 or 30 to life in prison, as well as life without parole and the death penalty.

The Ohio Supreme Court has granted a new trial to Glen Bates, a death-row prisoner whose lawyer’s inaction permitted a racially biased juror to serve in his case. In a 5-2 opinion issued February 27, 2020, the court ruled that defense counsel for Glen Bates had been ineffective for failing to question a juror about her racial bias, challenge her for cause, or exercise one of his remaining discretionary strikes to prevent her from serving in the case, in violation of his right to an impartial jury. Bates had been convicted and sentenced to death in 2015 for the murder of his two-year-old daughter. Evidence in the case showed she had been starved and abused over an extended time period. Several jurors indicated in responses to a jury questionnaire that “some races and/or ethnic groups tend to be more violent than others.” One white juror indicated that she “strongly agreed” with that statement, then wrote in the space provided for explanation: “Blacks.” When asked whether there was “any racial or ethnic group that you do not feel comfortable being around?,” she responded: “Sometimes black people.” Even though Bates is black, his lawyer accepted the juror without questioning her about her biases, challenging her for cause, or using an available peremptory challenge to strike her from the jury. The majority opinion found that the seating of this juror created a constitutionally unacceptable risk that a “powerful racial stereotype—that of black men as ‘violence prone,’ infected the jury’s deliberations.” The court reversed Bates’ conviction and death sentence and directed that he be granted a new trial. The NAACP Legal Defense and Education Fund (LDF) submitted a brief in support of Bates’ appeal, providing historical context for his concerns about racial bias in his case. The LDF brief described Cincinnati’s status as “one of the nation’s most racially segregated cities” and its history of racial violence during the period in which many of the jurors lived there, including a stretch of 15 police killings of black men in one six-year period and the fatal shooting of an unarmed black motorist by a University of Cincinnati police officer while Bates was awaiting trial. Noting racially biased questionnaire responses from at least three white jurors, the LDF brief characterized as “inexplicable” counsel’s failure to address those issues during jury selection. “The racially biased views of members of Mr. Bates’s jury have no place in any judicial process, let alone a capital trial,” LDF wrote. “Public confidence in the justice system cannot survive if Ohio executes an African-American man sentenced to death by a jury infected with the kind of blatant racial bias demonstrated in this case.” In a concurring opinion, Judge Judith French said the gruesome nature of the crime created a heightened need for fair process. “Our job, in the face of those facts,” she wrote, “is to ensure that all constitutional guarantees were met. It is also easy to grant those protections when the facts at issue are unemotional and do not cause our passions to rise. But here, facing the possibility that a prospective juror may respond to accusations of such cruelty by prejudging a defendant because of his race, we—and defense counsel, the prosecution, and the trial court—must be extra vigilant.”

Ohio Delays 3 More Executions----The reprieves by Ohio Gov. Mike DeWine come as state officials struggle with obtaining the drugs necessary for the state's lethal injection process and with the question of whether the state should have the death penalty at all. Ohio Gov. Mike DeWine today announced that the state will delay 3 more executions originally set for this year — yet another set of reprieves as the state searches for a solution to problems with its lethal injection execution methods. DeWine's office says that the death sentence of Gregory Lott will be delayed until May 27, 2021. Another inmate, John David Stumpf, will receive a reprieve until May 15, 2021, and Warren Keith Henness is now not scheduled to be put to death until Jan. 12, 2022. DeWine's office acknowledged that difficulty obtaining a controversial execution drug contributed to the reprieves. “Governor DeWine is issuing these reprieves due to ongoing problems involving the willingness of pharmaceutical suppliers to provide drugs to the Ohio Department of Rehabilitation and Correction, pursuant to DRC protocol, without endangering other Ohioans,” DeWine's office said in a news release today. In October last year, DeWine delayed 2 other executions. James Hanna of Toledo was scheduled for execution Dec. 11 last year for killing his prison cellmate in 1997. His new execution date is now July 2020. Kareem Jackson of Columbus was scheduled to be put to death on Jan. 16 next year for killing 2 in a 1997 robbery. His new execution date will be in September 2020. Ohio still has 2-dozen executions scheduled through 2024 — though there is no clear path forward for carrying them out as of now. 6 years ago, Ohio prison employees injected convicted killer Dennis McGuire with a 2-drug cocktail that was supposed to end his life quickly and painlessly. It took 26 minutes for the mixture of hydromorphone and midazolam to kill McGuire — the longest execution since Ohio resumed capital punishment in 1999 — and witnesses reported the condemned man loudly gasping for air. The incident sparked court challenges claiming the drug cocktail constitutes cruel and unusual punishment in violation of the U.S. Constitution and eventually led the state to issue a moratorium on executions until it could find a new cocktail of lethal drugs that is more humane. But the choice it settled on — which still contains the controversial drug midazolam — is now being questioned. Midazolam can cause sensations similar to drowning, triggering an inmate's lungs to fill with fluid, a federal judge in Dayton pointed out earlier this year while expressing concerns the execution method could be unconstitutional. Ohio officials are unable to secure the drugs necessary to put inmates to death via lethal injection, DeWine announced last August, and must cease using them or risk being unable to buy the drugs for other purposes. Companies that sell the drugs have balked at the state using them for executions without telling them they were doing so and have threatened to cut off all sales to Ohio if executions using the substances continue. That could impact entities such as the Department of Rehabilitation and Correction, the Department of Youth Services, the Department of Mental Health and Addiction Services and others. DeWine last year delayed other executions as the state searched for a new lethal injection method. Despite the federal judge's concerns, DeWine and state attorneys have contended that using midazolam isn't cruel and unusual punishment. They pointed to a ruling by Supreme Court Justice Neil Gorsuch arguing that since hanging wasn't considered "cruel and unusual" punishment when the Constitution was drafted, pain and suffering alone can't be used to block putting someone to death. The dearth of drugs available for executions makes that legal battle moot, however, at least for now. DeWine has said he would leave a decision about other execution methods — including the electric chair or firing squads — up to the Ohio legislature. As the state struggles to find drugs for lethal executions, Republicans in the Ohio House of Representatives are discussing an end to the state's death penalty laws, Ohio House Speaker Larry Householder said last month. “We have been talking about, you know, is there support today to get rid of the death penalty or not," Householder told media outlets at the capital. "We’ve been having those discussions.” Those preliminary conversations have not coalesced into anything formal yet, Householder said.