government:
state of civil and political rights:
constitution:
legal system:
legislative system:
judicial system:
religion:
death row: 37 (as of April 1, 2013, source: DPIC)
year of last executions: 0-0-0
death sentences: 0
executions: 0
international treaties on human rights and the death penalty:
situation:
The method of execution is injection. The sentence is determined by a jury. The death row is located at Salem. As for the clemency process, the Governor has sole authority to grant clemency. 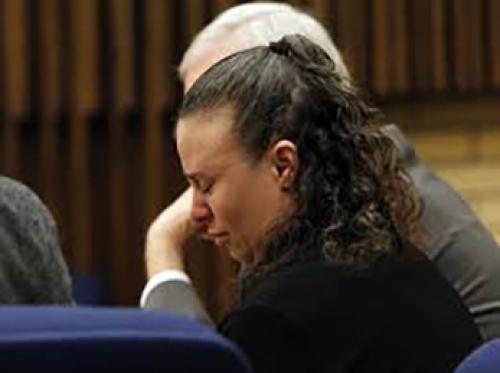 USA - Oregon. Angela McAnulty, the only woman on Oregon’s death, row has been resentenced to life in prison.

USA - Oregon. Angela McAnulty, the only woman on Oregon’s death row, has been resentenced to life in prison.

Angela McAnulty, the only woman on Oregon’s death row, has been resentenced to life in prison. On August 3, 2020, the Lane County Circuit Court accepted a settlement agreement in which Lane County prosecutors agreed to drop their appeal of a 2019 ruling overturning the death sentence imposed on Angela McAnulty in February 2011 and McAnulty agreed to drop her appeals of her murder conviction. McAnulty is the only woman to have been sentenced to death in the state of Oregon since voters reinstated capital punishment in the state in 1984. McAnulty was sentenced to death for the aggravated murder of her 15-year-old daughter, Jeanette Maples, in 2009. She was represented at trial by court-appointed counsel Kenneth Hadley and Steven Krasik, who were simultaneously handling a second capital case in which Joshua and Bruce Turnidge were sentenced to death in Marion County for a fatal bank bombing in Woodburn, Oregon. The Turnidge case concluded December 22, 2010 and, expecting Lane County prosecutors to offer a plea deal for McAnulty, the lawyers did not conduct an investigation into available mitigating evidence in McAnulty’s case. The case did not settle, and the trial court denied the lawyers’ motion for a continuance to permit them to properly prepare McAnulty’s defense. On the first day of trial, defense counsel advised her to plead guilty to the aggravated murder charges without an agreement from the prosecution that it would drop the death penalty. The case proceeded to the penalty phase and the jury sentenced McAnulty to death. The Oregon Supreme Court upheld her conviction and death sentence in 2014. After a 12-day post-conviction hearing, Judge J. Burdette Pratt overturned McAnulty’s conviction and death sentence on July 10, 2019. Pratt ruled that trial counsel had been ineffective “in advising McAnulty to plead guilty to the charge of Aggravated Murder without any concessions in return from the state.” He also determined that counsel had been ineffective in the penalty phase of trial in failing to investigate and present evidence to show that McAnulty did not pose a future danger to society — a prerequisite to a death verdict under Oregon law — and “in failing to conduct an adequate investigation and present evidence regarding [her] mental health and psychological trauma” as part of the defense case for life. The prosecution appealed the court’s ruling, and McAnulty cross-appealed on the claims she had raised that the court rejected, setting the stage for the settlement. Soon after the state appealed, the Oregon state legislature approved and Governor Kate Brown signed into law SB 1013, which significantly reduced the scope of the state’s death-penalty statute. The new law limited capital murder to cases involving acts of terrorism in which two or more people are killed, premeditated murders of children aged thirteen or younger, prison murders committed by those already incarcerated for aggravated murder, and premeditated murders of police or correctional officers. The law applied to all new capital trials, including McAnulty’s retrial. On July 29, prosecutors and McAnulty met to finalize a plea deal for life imprisonment without the possibility of parole, the maximum sentence allowed for her crime under the new law. Lane County District Attorney Patty Perlow stated that “the settlement agreement provides that the sentence of death is vacated, and Angela McAnulty is sentenced to life imprisonment without the possibility of parole.” Maples’ stepfather, Richard McAnulty, was also charged in the murder. He was tried separately and convicted in 2011, receiving a life sentence with parole eligibility after 25 years. He did not appeal his conviction or sentence. With McAnulty’s resentencing, 52 women are now on death rows across the United States. The last woman executed in the United States was Georgia native Kelly Gissendaner, who died by lethal injection in 2015.

Oregon Department of Corrections officials said Friday the agency will eliminate the state’s death row area of incarceration. Death row inmates live largely together in a unit at the Oregon State Penitentiary in Salem, Oregon Public Broadcasting reported. Prisons officials said in a statement that the elimination of the space that houses death row does not mean inmates’ death sentences will change. Eliminating death row reflects the department’s decision to begin making individualized housing decisions regarding people sentenced to death, and a decrease in the numbers of those people, officials said. In the last 50 years, Oregon has executed two death row inmates. Voters have repeatedly implemented and repealed it from the state’s Constitution. In 2011, then-Gov. John Kitzhaber implemented an execution moratorium, which Gov. Kate Brown has continued. Currently, 29 people in Oregon are sentenced to die. Of those, 27 inmates live together in a unit at the Oregon State Penitentiary in Salem. They will be moved to general populations and other housing units in the state’s six maximum security prisons. Two other inmates convicted of capital crimes already live in other prisons, including Angela McAnulty, the only woman in Oregon with a death sentence. Oregon is the sixth state in the last year to significantly change the conditions of incarceration for death-row prisoners, but only the second to do so without a lawsuit or the threat of legal action. Virginia, South Carolina, Oklahoma, and Pennsylvania have all ended automatic solitary confinement for death-row prisoners. Prisoners in those states have gained access to programs and rights previously reserved for general population prisoners, including educational and occupational programs, group religious services, and contact visits with family members. California announced the creation of a pilot program in February 2020 to allow some of the state’s death-sentenced prisoners to move from San Quentin’s death row to general population in other maximum security prisons that offer work and other rehabilitative programs.
https://deathpenaltyinfo.org/news/oregon-closes-death-row-joins-national-trend-away-from-automatic-solitary-confinement