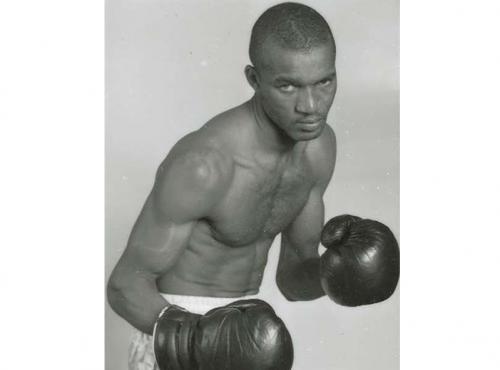 USA - Pennsylvania. Anthony Fletcher has been released from prison

28 years after he was sent to death row

Christopher Williams Released From Prison After Being Cleared of Another Murder. In 1989 he was charged with 6 murders, none of which he committed.
Pennsylvania death-row exoneree Christopher Williams was released from prison on February 9, 2021, after being exonerated in a second murder case. The second wrongful murder conviction had kept Williams incarcerated after he was cleared of the murder for which he was wrongfully condemned to die.
Williams was exonerated with the assistance of the Philadelphia District Attorney’s Conviction Integrity Unit. Unit chief Patricia Cummings admitted that “there was some cynicism in me as a human being that one individual could be wrongfully convicted more than once.” But, she ultimately acknowledged, in Williams’ case, “lightning did strike twice.”
Williams was exonerated on December 23, 2019 of a 1989 triple murder in North Philadelphia. He and his co-defendant, Theophalis Wilson, were wrongfully convicted on the basis of false testimony from James White and David Lee. White was facing possible death sentences for six murders, but he struck a deal with prosecutors to name his accomplices in exchange for help applying for a reduced sentence after 15 years. He falsely identified Williams and Wilson. Lee was granted leniency for his testimony in two unrelated cases, and prosecutors deliberately withheld information about his history as an informant and cooperating prosecution witness.
Philadelphia prosecutors charged Williams with six killings. Juries acquitted him of two of the murders and he has now been exonerated of the other four. “Williams’ conviction was built on a house of cards that began to collapse in 2019 when the Commonwealth opened up its files to the defense,” the District Attorney’s Conviction Integrity Unit wrote in its filings. “Once the light was allowed to shine, the Commonwealth was forced to see that the basic structure underpinning the conviction was built on the unscrupulous behavior of several bad actors.”
Philadelphia Common Pleas Court Judge Tracy Brandeis-Roman called Williams’ experience “mind-boggling.” She offered an apology to the family of Michael Haynesworth, the 19-year-old murder victim in the case. Victor Abreu of the Philadelphia Federal Community Defender Office, which has represented Williams since 1998, also offered his apologies to Haynesworth’s family “that 31 years later, we still don’t have the answer to who killed their loved one.”
Upon his exoneration, Williams noted the unique nature of his case. “Never in the history of the Pennsylvania judicial system has someone been charged with six murders, acquitted of two and now exonerated of four,” he said. He went on to offer a warning about wrongful convictions. “If this was done to me,” he said, “the question remains: Who else was it done to?”
In the three years since Philadelphia District Attorney Larry Krasner established the Conviction Integrity Unit, it has been instrumental in 18 exonerations, including Williams and former death-row prisoner William Ogrod. Philadelphia’s six death-row exonerations since Pennsylvania reenacted the death penalty in the 1970s is tied for the second most of any county in the U.S. All six cases involved police or prosecutorial misconduct. A seventh likely death-row exoneree, Fred Thomas, died before he could be released, while the Philadelphia District Attorney’s office, knowing Thomas had terminal cancer, fought defense efforts to expedite the prosecutors’ appeal of the court order that had granted Thomas a new trial.

Anthony Fletcher has been released from prison, 28 years after he was wrongfully convicted of first-degree murder and sent to Pennsylvania’s death row by false medical testimony.
In a virtual hearing in the Philadelphia Court of Common Pleas on January 21, 2021, Fletcher entered a plea of no contest to charges of third-degree murder, and Judge Lillian Ransom resentenced him to 12½–25 years. Because he had already served more than the maximum term, the court ordered Fletcher’s immediate release.
Fletcher was convicted in January 1993 and sentenced to death for what prosecutors claimed had been the execution-style shooting of Vaughn Christopher over a supposed drug debt. Fletcher claimed the shooting had been in self-defense, after the two struggled over a gun Christopher had pulled on Fletcher. Dr. Hydow Park, the assistant medical examiner who conducted the autopsy, had concluded that the physical evidence was consistent with Fletcher’s version of the shooting. However, instead of presenting Dr. Park, homicide prosecutor Marc Costanzo substituted the testimony of Philadelphia deputy medical examiner Dr. Ian Hood, who told the jury there was no evidence of a struggle. Costanzo then told the jury in his closing argument that Hood’s testimony “is absolutely important to this case, because it refutes the defendant’s version of what happened.”
The trial court overturned Fletcher’s conviction in 2004, holding that trial counsel had been ineffective for failing to interview Park and present his testimony in support of Fletcher’s self-defense claim. In April 2006, the Pennsylvania Supreme Court reversed, saying that counsel’s failure had not been prejudicial. Litigating the remaining issues in the case in Pennsylvania’s state courts took another six years. On December 11, 2020, the federal district court (U.S. District Judge R. Barclay Surrick) accepted a joint stipulation filed by the parties overturning Fletcher’s conviction because of trial counsel’s failure to interview Dr. Park or hire an expert to review the autopsy report and to present expert testimony in support of his claim of self-defense. The prosecution in these latter stages was represented by Larry Krasner, 59, white, Democrat, in office since January 2018, who is opposed to the death penalty. One month later, Anthony Fletcher was freed. Fletcher, who earned the nickname “Two Guns” because of his boxing prowess with both hands, won the Pennsylvania lightweight boxing championship in March 1989. Later that year, he was shot by drug dealers five times as he was sitting in his car near a South Philadelphia playground. A friend who was with him in the car was killed in the shooting. After successfully defending his state championship in February 1990, Fletcher’s boxing career ended one year later with two consecutive knockout losses. Struggling financially, Fletcher began selling drugs for rent money. In 1992, he shot Vaughn Christopher twice in the side in what Fletcher consistently maintained had been a struggle over Christopher’s gun. Christopher died 12 hours later. Police reported that three people claimed to have seen Fletcher walk up to Christopher and shoot him. Two later admitted that they did not see the shooting and said that the statements attributed to them in the police reports were false. The third purported eyewitness, Natalie Grant, was a fugitive who had six outstanding bench warrants against her when, more than three weeks after the shooting, she implicated Fletcher. Her statement to police and her testimony to the jury was contradicted by the physical evidence as to how the shooting occurred.
Police claimed to have lost Christopher’s clothing, which would have shown where in his body he had been shot. And, despite having received the autopsy report, Fletcher’s court-appointed counsel never interviewed Park or secured his testimony at trial and presented no medical testimony to contradict Grant’s testimony.
When post-conviction counsel later interviewed Hood, the assistant medical examiner recanted his trial testimony.
Fletcher’s case is one of a growing number of Philadelphia wrongful murder convictions in which police or prosecutors presented a version of the murder that was contradicted by the autopsy evidence; presented false eyewitness or informant testimony; mishandled, lost, or planted a victim’s or the defendant’s clothing; made false argument to the jury; coerced false confessions; and/or withheld potentially exculpatory evidence. The Philadelphia District Attorney’s Conviction Integrity Unit has helped to exonerate 17 people since its creation in January 2018, most involving significant police or prosecutorial misconduct. All six Philadelphia death-row exonerees — Neil Ferber, William Nieves, Harold Wilson, Christopher Williams, Walter Ogrod, and Kareem Johnson — were victims of official misconduct, as were Frederick Thomas, who died on death row while Philadelphia prosecutors appealed a court ruling that would have exonerated him, and Jimmy Dennis, who like Fletcher entered a no-contest plea to obtain his release.