government:
state of civil and political rights:
constitution:
legal system:
legislative system:
judicial system:
religion:
death row: 58 (as of April 1, 2013, source: DPIC)
year of last executions: 0-0-0
death sentences: 0
executions: 2
international treaties on human rights and the death penalty:
situation:
Method of execution: Under the 1988 federal death penalty law, no method of execution was provided in the statute. President Bush did issue regulations in 1993 authorizing lethal injection as the method of execution. Under the 1994 law, the manner of execution will be that employed by the state in which the federal sentence is handed down. If that state does not allow the death penalty, the judge may choose another state for the carrying out of the execution. The federal Bureau of Prisons has constructed a lethal injection chamber in Terre Haute, Indiana. The sentence is determined by a jury. The death row is located at Terre Haute, Indiana. As for the clemency process, the President has sole authority to grant clemency. 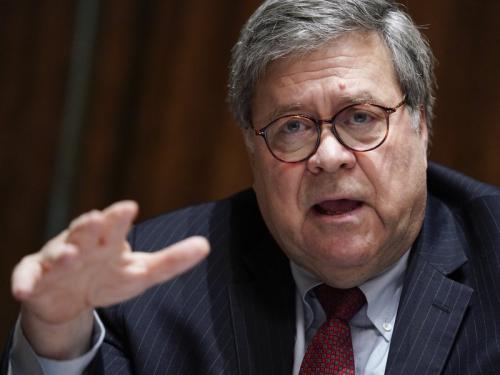 USA - 4 federal executions scheduled in July and August. These executions are unlikely to occur.

USA - 4 federal executions scheduled in July and August. These executions are unlikely to occur.

The United States Department of Justice scheduled 4 executions in July and August. These executions are unlikely to occur. Hopefully they would be the first federal executions in 17 years. Trump, a supporter of the death penalty since he was only an entrepreneur and buying advertising pages in newspapers urging the execution of 4 young blacks (later acquitted), insists on wanting to reactivate federal executions. Today the United States Attorney General William Barr has announced that he has set the date of 4 executions for July and August of this year. The executions are unlikely to be carried out: a series of appeals hangs over the federal execution protocol, which the administration's activism has only partially resolved.
"The four murderers whose executions are scheduled today have received full and fair proceedings under our Constitution and laws," said Attorney General William Barr in a statement. "We owe it to the victims of these horrific crimes, and to the families left behind, to carry forward the sentence imposed by our justice system."
All 4 of them killed minors, and all 4 of them are White. Daniel Lewis Lee murdered a family of three, including an eight-year-old girl. He's been on death row since 1999; his execution is scheduled for July 13. Wesley Ira Purkey, who raped and murdered a 16-year-old girl, will be put to death on July 15. Dustin Lee Honken, who shot and killed five people, will be executed July 17. Keith Dwayne Nelson, who kidnapped, raped and strangled a 10-year-old girl to death with a wire, will be executed Aug. 28.
Federal executions have been exceedingly rare in recent decades. According to the Death Penalty Information Center, only three have taken place since the federal death penalty was reinstated in 1988. All of those executions were carried out during the George W. Bush administration.
In 2014, President Barack Obama ordered a revision of the execution protocols (see HoC 02/05/2014). The review stemmed from the fact that federal executions should have followed the same procedure that had recently caused a so-called "botched execution" in Oklahoma, that of Clayton Lockett (see HoC 29/04/2014), who died after more than an hour.
On July 25, 2019 (see) Barr announced that the review had ended, and the government intended to resume the executions, the latest of which was carried out in 2003. At the same time, again on July 25 (see) the BOP (Federal Bureau of Prisons) announced the adoption of a new protocol. On November 21, 2019 (see) United States District Court Judge Tanya S. Chutkan for the District of Columbia issued a preliminary injunction blocking executions pending appeals against the federal protocol were complete, assuming, which the judge had shared, that the Justice Department and BOP did not have the legal authority to unilaterally establish a new protocol.
On December 2, 2019 (see) the U.S. Court of Appeals for the D.C. Circuit (the federal court that has jurisdiction over Washington DC) dismissed the Administration's appeal 3-0, which had appealed to the Supreme Court, which, in turn, on December 6 (see) had confirmed the validity of the suspension. On April 7, 2020 (see) the federal appeals court changed its mind and, with the favorable vote of 2 judges appointed by Trump, voted 2-1 to cancel the injunction.
The two judges nominated by Trump, Gretory Katsas, appointed in 2017, and Neomi Rao, appointed in 2019, had voted in favor. Judge David Tatel, nominated by Bill Clinton, voted against. The ruling of April 7 did not give the go-ahead to executions, only established that the BOP has the authority to modify the protocol. The same sentence, however, referred the case back to Judge Chutkan to go into the specifics of the changes proposed by the BOP. This, even then, suggested that the issue could not be resolved quickly. Barr's ostentatious security is perhaps a "weapon of mass distraction" at a time when Trump's "law and order" line shows obvious limitations with the demonstrations of "Black Lives Matter". Barr's statement comes on the same day that Trump announces an executive order "to bring order to the police force." In fact, it appears that Trump wanted to appear faster than the House and Senate, which are studying a reform of the police force, but for the moment Trump's proposal contains little more than the promise to "create registers where reports of abuse are noted."