government:
state of civil and political rights:
constitution:
legal system:
legislative system:
judicial system:
religion:
death row: 9 (as of April 1, 2013, source: DPIC)
year of last executions: 0-0-0
death sentences: 0
executions: 0
international treaties on human rights and the death penalty:
situation:
The method of execution is injection. (Firing Squad available for inmates who chose the method prior to its ban.). The sentence is determined by a jury. The death row is located at Draper. As for the clemency process, the Panel appointed by the Governor has authority to grant clemency. 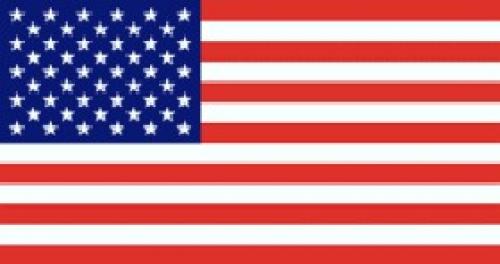 USA - Utah. Utah has gone more than a decade without carrying out an execution.

USA - Utah. Utah has gone more than a decade without carrying out an execution.

Utah has become the latest U.S. state to have gone more than a decade without carrying out an execution. The state last put a prisoner to death on June 18, 2010, when it executed Ronnie Gardner by firing squad.

Utah joins a list of 34 states — more than two thirds of the country — that either do not have the death penalty or have not carried out an execution in at least a decade. Twenty-two states no longer authorize capital punishment. Twelve of the 28 states (42.9%) that do have not executed anyone in at least 10 years. It has been even longer — 12 years — since Utah last imposed a new death sentence.

U.S. District Judge (for the District of Utah) Tena Campbell has overturned the double murder conviction of Von Lester Taylor, saying that he received ineffective counseling during his trial decades ago. “The court concludes that Mr. Taylor’s guilty plea was unconstitutional and must be invalidated,” federal judge Campbell wrote in the decision handed down Tuesday. “He has established that his attorney, Elliott Levine, provided him with deficient representation falling well below the prevailing professional norms. “Because Mr. Taylor’s death sentence was based on his invalid guilty plea, it must be vacated.” Taylor, now 55, White, on Dec. 22, 1990, together with Edward Deli, walked away from a halfway house in Salt Lake City and then broke into a vacant mountain cabin in Summit County. But less than three minutes after Kay Tiede and her mother, Beth Potts, a blind and partially handicapped Murray woman, arrived at the cabin and walked in on them, they were shot multiple times and killed. Tiede’s husband was also shot multiple times, including once in the head. He was then dosed with gasoline as he pretended he was dead. He survived. Taylor and Deli then set the cabin on fire and kidnapped Tiede’s two daughters. The 2 men were arrested following a high-speed chase with police. On May 1, 1991, Taylor accepted a plea deal, pleading guilty to two counts of capital murder in exchange for eight lesser charges being dropped. The deal, however, did not include taking the death penalty off the table and he was sentenced to death. Deli, meanwhile, did not accept a plea deal. He went to trial and was convicted of 2nd-degree murder and sentenced to life in prison. The judge recommended that he never be paroled. In her 37-page decision, Campbell wrote that Levine did not properly investigate the case, assuming that Taylor’s guilt was a foregone conclusion. “The court finds that Mr. Taylor’s constitutional right to effective assistance of counsel was violated when he pleaded guilty to two capital murders based on inexcusably uninformed advice from counsel which then exposed him to the possibility of execution. The record shows there is a reasonable probability that, but for trial counsel’s failure to investigate, Mr. Taylor would not have pleaded guilty to 2 capital murders and would have insisted on going to trial with evidence that Mr. Deli, not Mr. Taylor, caused the deaths of Kaye Tiede and Beth Potts,” according to the decision. Since his conviction, Taylor, now 54, has filed numerous appeals, many of which have made it to the Utah Supreme Court, arguing that Levine failed to conduct an adequate investigation to find mitigating evidence, according to court documents. “Still, the Utah Supreme Court affirmed the lower court’s decision because it found that Mr. Levine’s deficient performance did not prejudice Mr. Taylor,” the latest ruling states. “Given the horrendous circumstances of this crime, it is not at all likely that the jury would have concluded that the mitigating circumstances outweighed the aggravating circumstances.”