government:
state of civil and political rights:
constitution:
legal system:
legislative system:
judicial system:
religion:
death row: 10 (as of April 1, 2013, source: DPIC)
year of last executions: 0-0-0
death sentences: 0
executions: 0
international treaties on human rights and the death penalty:
situation:
The method of execution is injection. The prisoner can eventually choose electrocution. The sentence is determined by a jury. The death row is located at Waverly. As for the clemency process, the Governor has sole authority to grant clemency. 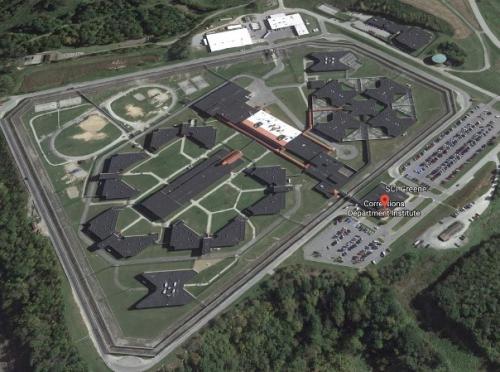 At retrial, Mark Lawlor, 54, White, sentenced to life without parole. Virginia’s death row shrank to just two prisoners on March 12 as recently elected Fairfax County Commonwealth’s Attorney Steve T. Descano agreed to a deal to resentence former death-row prisoner Mark Lawlor to life without parole. Lawlor was sentenced to death in 2011 for the rape and murder of Genevieve Orange, 29, White. No one has been sentenced to death in Virginia since. A federal appeals court overturned Lawlor’s death sentence in 2018, holding that the trial judge had unconstitutionally prevented the defense from presenting expert testimony that Lawlor would not be dangerous in a prison setting. Former Commonwealth Attorney Raymond F. Morrogh, whom Descano defeated in the 2019 Democratic primary election, had personally prosecuted Lawlor and had argued that the death penalty was appropriate because Lawlor would pose a future danger to society unless sentenced to death. He nevertheless moved to bar the defense testimony and the trial court granted his motion. Morrogh had planned to reprosecute Lawlor, if re-elected. But Descano, who ran on a platform of criminal justice reform that included a pledge to “not seek the death penalty — period, full stop,” agreed to resentence Lawlor to life. Descano called Lawlor’s life sentence “a notable outcome because it exemplifies that our criminal justice system can seek justice, find resolution, and keep our community safe while adhering to our community’s values.” The resentencing is emblematic of the decline in Virginia’s use of the death penalty. Though Virginia is second only to Texas in the total number of executions performed since 1976 and has executed a higher percentage of its death-row prisoners than any other state, it has not imposed any new death sentences in nearly nine years. At its peak in 1994, Virginia imposed 10 death sentences in a single year and had as many as 58 prisoners on its death row in 1995. But death sentences plummeted after Virginia established regional capital defender offices in 2004, falling from an average of 5.8 new death sentences per year in the decade before the capital defender offices opened to fewer than one per year since then. Descano was one of four reform-minded prosecutors elected in Virginia’s Washington, DC suburbs in 2019, all of whom said they would reduce or halt the use of the death penalty in their jurisdictions. At Lawlor’s trial, his defense presented mitigating evidence detailing his traumatic upbringing and drug and alcohol addiction. Lawlor was beaten and abused by his mother, and his sister was raped by their father. He was kicked out of his home at gunpoint at age 16 when he attempted to protect his sister from their abusive parents. He then began drinking and using drugs and was sent to prison at age 18 when he drove drunk and caused a crash that killed a friend. Lawlor’s lawyers argued to the jury that, on the day he killed Orange, he was so intoxicated on crack cocaine and alcohol that he could not form the intent to commit premeditated murder. As he was resentenced to life, Lawlor expressed remorse for his crime. “I just really want to apologize to the family,” he said. “I know those words are kind of empty. … What I did was a horrible, horrible thing. I took the life of a wonderful human being, and she’s gone, and I’m sorry for that. If the family ever wants to meet with me, talk to me, get closure, I’m available. And again, I’m very sorry.”

The Virginia House of Delegates voted 53-45 on March 3 to approve SB 270 that would make public the identity of any entity that provides the commonwealth with drugs for use in executions. Under the proposal, “the identity of any outsourcing facility that enters into a contract with the Department for the compounding of drugs necessary to carry out an execution by lethal injection … shall not be confidential” and would be subject to discovery in civil litigation and under the Virginia Freedom of Information Act. By a vote of 22-17, the Virginia State Senate completed legislative passage of the bill, agreeing to amendments passed in the state House. The bill now advances to the governor, who has seven days to sign it, veto it, or offer amendments.

The Senate Judiciary Committee voted 9-5 to defer consideration of bill SB 449 until next year. Among other considerations for non-urgency also the fact that however there is no execution scheduled for the whole of 2020.

Twenty-One Virginia Prosecutors Sign Letter Urging Repeal of Death Penalty. Calling the death penalty “a failed government program,” 21 current and former Virginia prosecutors have signed on to a letter to the commonwealth’s General Assembly urging the legislature to abolish capital punishment. The letter was signed by former Attorneys General Mark L. Earley, Sr., a Republican who presided over 36 executions during 13 years in office, and Democrat William G. Broaddus, nine current or former Commonwealth’s Attorneys elected across the state, and 12 other former homicide prosecutors. “As prosecutors with different beliefs and backgrounds, we do not all agree on the morality of capital punishment,” the letter says. “However, all of us do agree on the public policy goal of death penalty repeal.” Repeal bills have been introduced in both chambers of the legislature. The Senate Judiciary Committee included the repeal bill, SB 449, in a slate of bills heard February 3, 2020, and the House Courts of Justice Committee is expected to consider its version of the bill, HB 85, later in the week. The letter highlights the geographically arbitrary application of capital punishment across Virginia and juries’ increasing reluctance to impose it. “Nearly two-thirds of Virginia jurisdictions have not pursued a death sentence in over 50 years,” the prosecutors wrote. “Virginia juries have not imposed a death sentence in over eight years.” The prosecutors emphasize several factors they believe call for repeal: the high cost of death-penalty cases, the arbitrary application of death sentences, the risk of wrongful convictions, and the lack of deterrent effect. “Whether the death penalty is ‘right’ or ‘wrong,’ we all conclude that there is a more cost-effective, constitutional way to respond to the most heinous crimes: a sentence of life in prison without the possibility of parole,” they say. Repeal, they write, will also free up “further resources for crime victims around the Commonwealth” and alleviate the recurring pain experienced by victims’ families as a result of the “potential multi-decade wait between a death sentence and execution,” if the sentence is eventually carried out. On January 30, the Virginia Senate passed SB 116, a measure that would prohibit the death penalty for defendants with severe mental illness, on a bipartisan 32-7 vote. No one has been sentenced to death in Virginia since 2011, and only three prisoners remained on death row as of October 1, 2019.

The Senate passed SB 116 that would bar the death penalty for individuals who were suffering from severe mental illness at the time of the crime. The mental illness bill passed with strong bipartisan support by a vote of 32-7. The Virginia vote marked the second time the Senate had passed what would be a first-in-the-nation legislative prohibition on the use of the death penalty against persons with severe mental illness. On January 27, 2019, the senate passed similar legislation by a 23-17 vote but that bill died without a vote in a House criminal justice subcommittee. This year, a majority of Republican senators (11 of 19), including five who had opposed the bill in 2019, joined all 21 senate Democrats in supporting the proposal. After Democrats gained control of the Virginia House of Delegates in the November 2019 legislative elections, news reports say that subcommittee “has been dramatically reconfigured,” raising the prospects that the delegates will approve the mental illness exemption this session. The bill defines severe mental illness as “active psychotic symptoms that substantially impair a person’s capacity to (i) appreciate the nature, consequences, or wrongfulness of the person’s conduct; (ii) exercise rational judgment in relation to the person’s conduct; or (iii) conform the person’s conduct to the requirements of the law.” Governor Ralph Northam, who is also a medical doctor, says he supports the exemption.