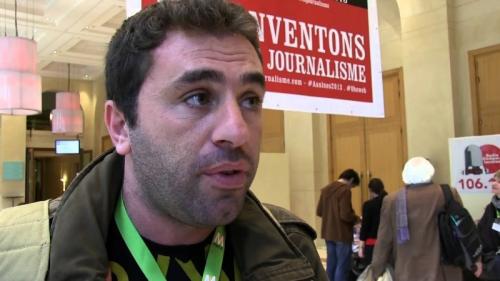 An Algerian court handed a death penalty sentence this week to journalist Abderrahmane Semmar known as Abdou Semmar, Morocco World News reported on 20 October 2022.
The Algerian court said the verdict came in response to Semmar’s involvement in leaking confidential information about deals belonging to Algeria’s oil authority Sonatrach.
Semmar is a journalist and the editor-in-chief of Algeria Part, a news outlet known for its opposition to Algeria’s regime.
La Patrie News quoted sources saying that former Sonatrach Executive Lamine Ouis, received 10 years in prison for sharing “misleading and confidential information” with Semar.
The sentences came after Semmar published news about corruption within Sonatrach.
The Algerian court, however, ruled that publishing information about the oil company is an act of “high treason.”
Recently, Semmar published a video, claiming that he received threats because of his appearances on Israeli news outlet i24NEWS.
The journalist argued that his role as a journalist gives him the right to express himself in all media outlets.
“I take all the opportunities that are offered to me to talk about the situation in Algeria, whether on the channels of Hezbollah, Iran, Sudan, Saudi Arabia; the United States, or Israel,” he said.
Addressing Algeria’s regime, Semmar called on the Algerian government to allow him to return to his country, “This way, I will not need to speak to foreign channels,” he added.
This is not the first time Algeria has punished journalists. In 2020, a court sentenced Abdelkrim Weghileche, director of a local online radio station to two years in prison on charges related to posts he made on social networks.
In the same year, another court sentenced Khaled Drareni and other activists on charges of “harming national unity.”
Drareni received the longest sentence of three years for covering an anti-government demonstration.
Many observers and NGOs condemned the use of repression against opposition journalists and activists.
In 2021, a group of UN experts called for the international community to intervene to end the repressive use of anti-terrorism law against protesters in Algeria.
The experts condemned the use and “misappropriation of anti-terrorism laws” to prosecute those defending human rights and journalists in Algeria.