BAHRAIN: 3 SHIA CLERICS SENTENCED TO DEATH, 8 OTHERS TO LIFE IMPRISONMENT 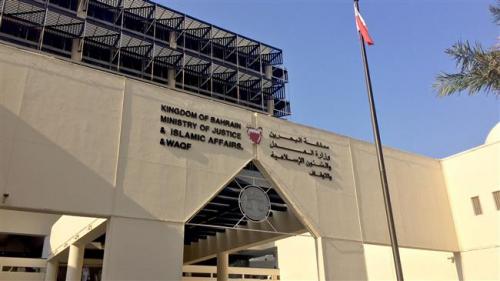 Bahrain’s Ministry of Justice and Islamic Affairs in Manama

Bahraini regime officials have handed down death sentences to three Shia clergymen and condemned eight others to life imprisonment as the ruling Al Khalifah regime continues with its repressive measures and heavy-handed crackdown on members of the religious community.
Bahrain’s dissolved main opposition group, the al-Wefaq National Islamic Society, announced in a statement that Shia religious figures are being systematically subjected to arbitrary arrests, torture, trials, revocation of citizenship as well as forced deportation.
The statement added that al-Wefaq has recorded more than 347 cases of arrests, summons and various security prosecutions of Shia clerics in Bahrain.