BANGLADESH: 3 SENTENCED TO DEATH FOR 1971 WAR CRIMES IN MOULVIBAZAR 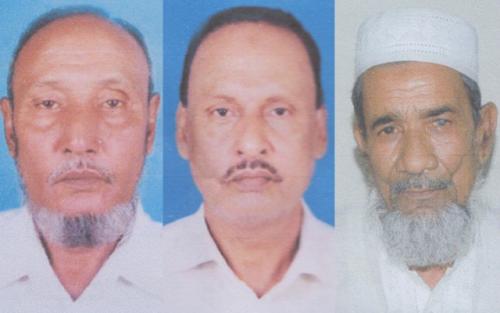 A court in Bangladesh has sentenced three people to death for murder, rape and other crimes against humanity in Moulvibazar’s Barlekha during the 1971 Liberation War, bdnews24 reported on 19 May 2022.
The three convicted war criminals are Abdul Mannan aka Monai, Abdul Aziz aka Habul and his brother Abdul Matin.
Abdul Matin is currently at large, while the other two were present in court to hear the verdict.
The verdict was delivered by a three-member International Crimes Tribunal bench led by Justice Md Shahinur Islam. The other members of the tribunal were Justice Md Abu Ahmed Jamadar and KM Hafizul Alam.
"The accused claimed they were 'freedom fighters' but the tribunal failed to prove their claim in court," prosecutor Sabina Yasmin Khan Munni said.
"The testimonies of 17 witnesses and other documents proved that they joined Razakar group and committed murder, rape, torture and other crimes against humanity in opposition to the Liberation War."
The Razakar group was a paramilitary force that supported the Pakistanis.
The investigation agency of the tribunal launched an investigation into the case against Mannan, Aziz and Matin in 2014 and it was completed in 2016.
The war crimes tribunal issued arrest warrants against three of them on Feb 29 that year.
Police apprehended Mannan and Aziz on Mar 1 that year and the International Crimes Tribunal sent them to jail a day after their arrest. The law enforcers could not manage to catch fugitive Matin.