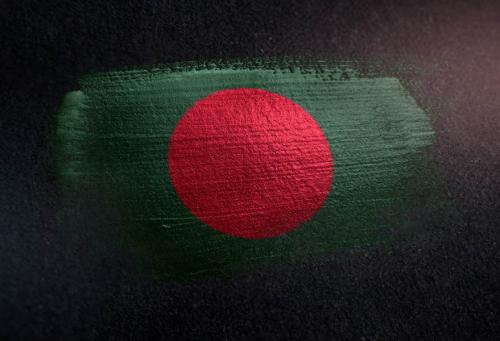 A Kurigram District and Sessions Judge Court on 23 June 2022 sentenced six members of banned extremist outfit Jamaat-ul-Mujahideen Bangladesh to death in a case filed over the murder of a freedom fighter.
Judge Abdul Mannan passed the order.
The death row convicts are — Rajib Gandhi, Riazul Islam alias Mehedi, Firoz Hasan alias Mokhles, Mahabyb Hasan Milon, and Abu Nasir alias Rubel and Golam Rabbani (absconding).
Among the seven accused in this case, Saddam Hossain died in a gunfight with the law enforcers while the case was under trial.
On 22 March 2016, some extremists attacked freedom fighter Hossain Ali, who converted to Christianity, when he was out on a morning walk in Kurigram town.
After stabbing him with sharp weapons, they exploded several cocktails and fled from the spot.
His son, Ruhul Amin Azad, the next day, filed two separate cases under the Explosive Substances Act.
On 5 November, that year, a charge sheet in these cases was submitted, and the court framed charges on 21 October 2018.