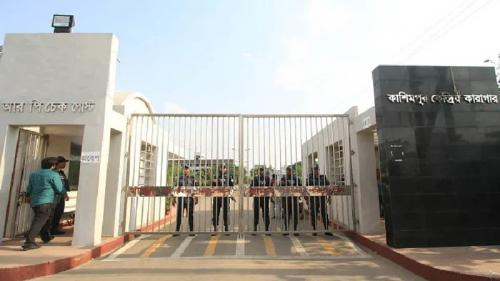 A death-row convict was hanged on 30 November 2022 at Kashimpur Central Jail-2 in a case filed for the murder of freedom fighter Gias Uddin in Narayanganj.
Confirming the matter to Jago News, Senior Jail Superintendent Md Amirul Islam said the hanging of Kamal alias Excel Kamal was carried out at 11:01 pm after all the legal proceedings.
Officials from different departments including the jail were present during this time.
According to the jail source, the freedom fighter was murdered in 2004. Narayanganj District Sessions Judge Court sentenced Kamal to death in the case in 2006. Later, the High Court upheld the death sentence and Kamal filed an appeal petition with the Appellate Division and it was rejected.
Kamal filed a mercy petition to the President which was also rejected on November 1 this year.