BANGLADESH: MAN SENTENCED TO DEATH FOR KILLING CHILD AFTER RAPE IN WARI 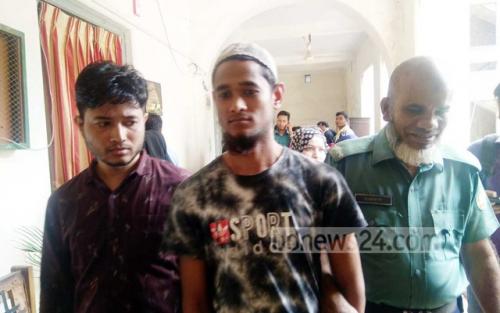 A Dhaka court on 9 March 2020 sentenced a man to death for murdering six-year-old Samia Afrin after raping her in Wari a year ago.
Dhaka No. 1 Women and Children Repression Prevention Tribunal Judge Kazi Abdul Hannan handed down the verdict in the presence of the convict.
Saima went missing on the evening of 5 July 2019. Later, her body was recovered from an empty flat on the ninth floor of a building in Wari’s Bonogram. Several injury marks were found on her face and neck, according to the police. The body was sent to Dhaka Medical College Hospital for an autopsy.
Her father Abdus Salam started a case with the police under Women and Children Repression Prevention Act the following day.
Two days later, the police arrested the lone suspect in the case Harun Aur Rashid in Cumilla.
The investigating officer of the case filed the charge sheet at the court on 5 Nov last year. Harun, a shopkeeper, strangled the child with a rope after raping her.