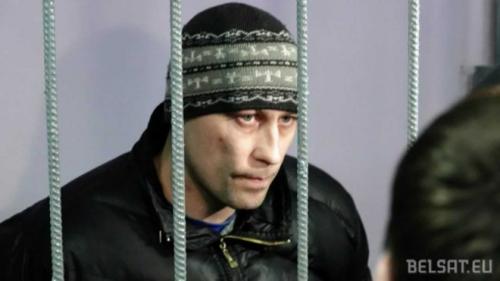 Alyaksandr Asipovich, 36-year-old, was sentenced to death on 9 January 2019 for the murder of two girls.
Last summer the brutal murder of two girls in Babruysk shocked the whole country.
On July 20, a girl contacted the police shouting that they were being killed:
“He is killing us! We have locked ourselves in the bathroom! He has an axe! My God, he will destroy everything! I’m covered with blood!” the victim screamed. Then the phone went dead.
The girls did not know the attacker’s address, and the police was not able to immediately identify it.
According to prosecutors, Asipovich, a resident of Babruysk, brutally killed the two girls.
The man met them in a cafe, where they had some drinks, and then the trio headed to his place. Asipovich stabbed and hammered them to death. Their bodies bearing multiple cuts and injuries were found in the bathroom.
The defendant fully realized what was happening at the moment of the murder; he even tried to cover up the crime, state prosecutor Volha Ivanova said. His turning himself to the police cannot be a mitigating factor, she stressed.
The judicial board inflicted the supreme penalty (execution) on the defendant. In addition, he will also have to pay 100,000 Belarusian rubles to the mother of one of the victims for moral loss, as well as all the costs of funerals and legal fees. The judge informed the convict of his right to appeal against the verdict and ask for pardon.