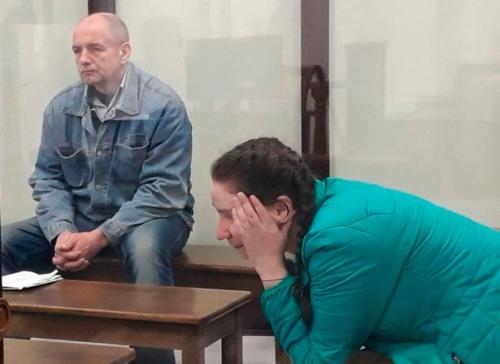 A man was sentenced to death in Belarus for killing a toddler, despite repeated calls by the European Union for the abolition of the capital punishment in the only European country that still carries out the death penalty.
A court in the western city of Brest on 25 October 2019 found 47-year-old Viktar Syarhel and his codefendant, 26-year-old Natallya Kolb, guilty of murdering Kolb’s eight-month-old daughter in October last year.
Kolb was sentenced to 25 years in prison, the maximum punishment for women in Belarus.
Syarhel is the third Belarusian sentenced to death this year after 50-year-old Viktar Paulau received the death penalty in July for murdering two elderly women in December 2018.
In January, 36-year-old Alyaksandr Asipovich was sentenced to death for killing two girls in 2018.