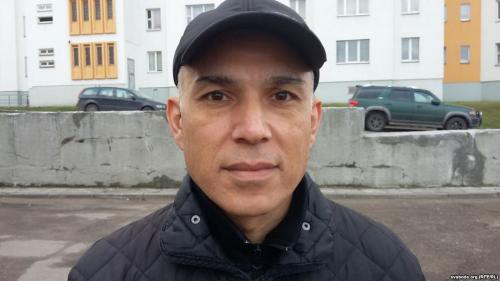 Belarusian authorities on 15 March 2019 ordered the expulsion of an Iranian man who has converted to Christianity and is wanted by Tehran for apostasy and alleged murder, despite warnings by international human rights organizations that he would be at risk of torture and the death penalty if sent back.
Mehrdad Jamshidian's health is deteriorating after he suffered a heart attack in July and was returned to a detention center after only three days in a Belarusian hospital.
Jamshidian emigrated to Belarus in 1993 and is married to a Belarusian woman with whom he has three children.
Jamshidian has been without legal status since his Iranian passport expired in 2016, and he did not apply for a new one because of "well-founded fears of persecution in Iran," according to Amnesty International.
His multiple requests for asylum and protection have been all rejected by the Belarusian authorities since 2013, and without a new passport he could not apply for residence in the country.
The Belarusian Department of Citizenship and Migration on 15 March issued an order to deport Jamshidian, who has been kept in detention for the past nine months, back to Iran.