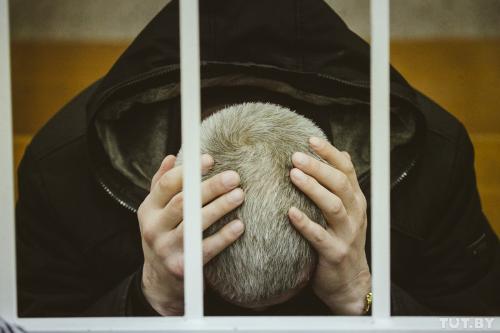 Alexander Zhilnikov was executed in Belarus for the murder of three people.
The fate of the second convict involved in the case, Vyacheslav Sukharko, so far remains unknown, the registered in Belarus Vesna human rights center reports.
The relatives of Zhilnikov reported the execution to the coordinator of the campaign “Human Rights Defenders against the Death Penalty in Belarus”. Experience has shown, sentences in such cases are carried out simultaneously.
According to Vesna, on 30 May, the lawyer met with Alexander Zhilnikov to make a complaint to the General Prosecutor’s Office to consider the case due to newly discovered circumstances.
Today, on 13 June, the lawyer went to the remand center to continue the work on the complaint, where she was told about Zhilnikov’s fate. The lawyer clarified whether it means that he was shot and received a positive response.An official report on the execution of the sentence will be sent to relatives in accordance with the established procedure. Relatives of death row inmates, as a rule, are not notified of the execution of the sentence and are not given the opportunity for a final visit.In accordance with Belarusian legislation, the bodies of those shot are not handed out to relatives for burial, and the place of their burial is not reported. Alexander Zilnikov’s individual appeal to the UN Human Rights Committee is currently under consideration.