Beni: one condemned to death 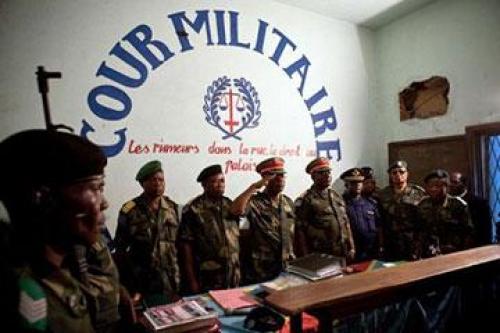 8 January 2018: the operational military Court of North Kivu had reached its verdict in the case under RP. 177/2017.
In its judgment, the first president of this court, Colonel NTSHAYIKOLO Esosa Jean-Paulin, condemned five economic operators of Kamangao and Nobili (in the chieftainship of Watalinga, in the territory of Beni) accused of having maintained economic relations with the ADF. One of them, Kamal Selemani, was sentenced  to the death penalty.