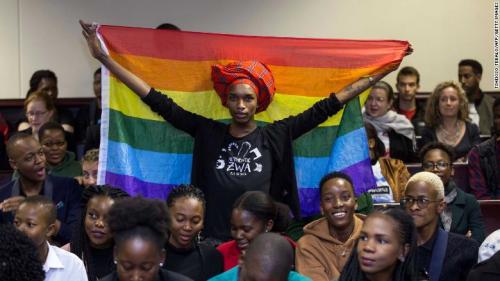 Botswana's High Court on 11 June 2019 overturned a law criminalizing consensual same-sex relations in a landmark victory for Africa's LGBTQ movements.
The court in the southern African country unanimously ruled that the legislation was discriminatory, unconstitutional and against the public interest.
"A democratic society is one that embraces tolerance, diversity and open-mindedness," Justice Michael Leburu said, noting that discriminatory law not only serves as a detriment to LGBTQ people, but holds back all of society.
"Societal inclusion is central to ending poverty and fostering shared prosperity," he said.
Under section 164 of Botswana's Penal Code, "carnal knowledge of any person against the order of nature," was an offense that carried a maximum sentence of seven years imprisonment. Section 167 made "acts of gross indecency" -- whether in public or private -- a punishable offense, with up to two years in prison.