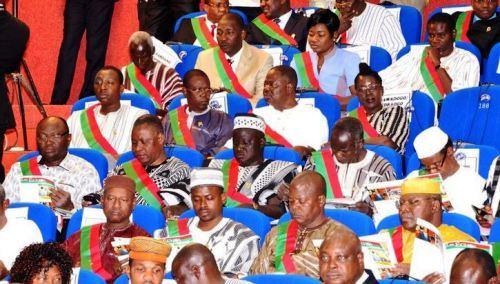 Burkina Faso's parliament has abolished the death penalty by adopting a new penal code that strikes it as a possible sentence.
The new penal code was approved with 83 votes in favor and 42 against.
Justice Minister Rene Bagoro said on May 31 that the revised document paves the way for "more credible, equitable, accessible and effective justice in the application of criminal law."
The death penalty was kept in the version of the criminal code adopted in 1996, but Burkina Faso has not imposed capital punishment recently.
Many rights movements, including Amnesty International and Catholic Church activists have pressed the government for a decade to remove it from criminal statutes.
The decision to abolish the death penalty comes amid a landmark trial this year over a failed 2015 coup. Two former presidential aides are among more than 80 people facing the military tribunal.