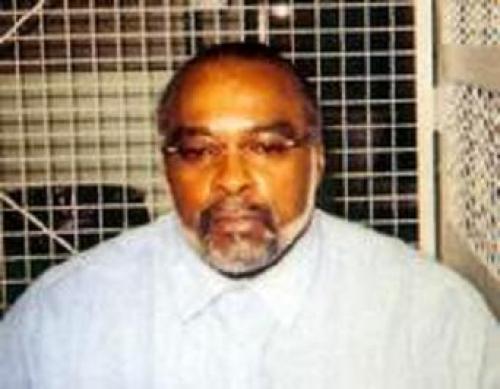 California prison officials executed Stanley Tookie Williams, 51, the ex-leader of the Crips convicted of killing four people in 1979, early in the morning a day after top courts and Gov. Arnold Schwarzenegger rejected final appeals to spare his life. The unofficial time of death was 12:35 am PST Tuesday.
The execution by lethal injection at San Quentin State Prison north of San Francisco followed a frenzied but failed effort to reopen the case by supporters of Williams, who repudiated gang life during his 24 years on Death Row.
The case generated widespread interest and fierce debate over the death penalty in the United States because Williams, 51, has written a series of books warning young people against gangs.
"Stanley Williams insists he is innocent, and that he will not and should not apologize or otherwise atone for the murders of the four victims in this case," Schwarzenegger wrote on December 12 in denying clemency.
"Without an apology and atonement for these senseless and brutal killings there can be no redemption."
"Based on the cumulative weight of the evidence, there is no reason to second guess the jury's decision of guilt or raise significant doubts or serious reservations about Williams' convictions and death sentence."
Civil rights leader Rev. Jesse Jackson said he broke the news later in the afternoon that Schwarzenegger had denied clemency as Williams met several supporters in prison.
"He said 'Don't cry, let's remain strong,'" Jackson told Reuters. "He smiled, you know, with a certain strength, a certain resolve."
"I think he feels a comfort in his new legacy as a social transformer," Jackson said.
"I am not the kind of person to sit around and worry about being executed," Williams told Reuters last month. "I have faith and if it doesn't go my way, it doesn't go my way."
Williams was convicted in 1981 of killing Albert Owens as he lay facing downward on the floor of a 7-Eleven convenience store in a $120 robbery. Two weeks later, Williams alegedly shot dead an elderly Taiwanese immigrant couple running a motel, as well as their visiting daughter.
"In this case, the one thing that would be the clearest indication of complete remorse and full redemption is the one thing Williams will not do," Schwarzenegger wrote.
A prison spokesman described Williams as quiet and cooperative and said he did not request any special final meal after eating oatmeal and drinking milk earlier in the day.
Some 2,000 opponents of the death penalty gathered outside the gates of San Quentin.
Hands Off Cain had campaigned for clemency in the case by promoting an appeal, sponsored by 19 of Italy's 20 regional 'Governors' and by over a hundred parliamentarians from all political factions as well as a large number of Italy's actors and directors including Bernardo Bertolucci and Monica Bellucci.