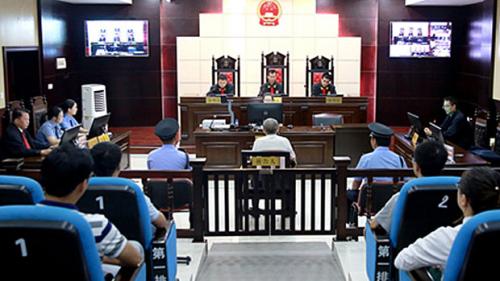 A court in the eastern Chinese province of Jiangxi has handed a suspended death sentence to an elderly man convicted of the killing of a local official during the forced demolition of homes in his village, RFA reported on September 29, 2018.
Police from nearby Ganzhou city detained Ming Jingguo after he was accused of bludgeoning local People’s Congress representative Zhuo Yu to death with a shovel on March 17, 2017 at a village in the city's Nankang district.
The Ganzhou Intermediate People's court sentenced Ming to death, suspended for two years, after finding him guilty of the "intentional homicide" of Zhuo.
The court found that Ming had reacted violently as his ancestral home was damaged by bulldozers brought in to demolish the house next door. However, Ming's family home was indeed demolished after the attack, his son told RFA.