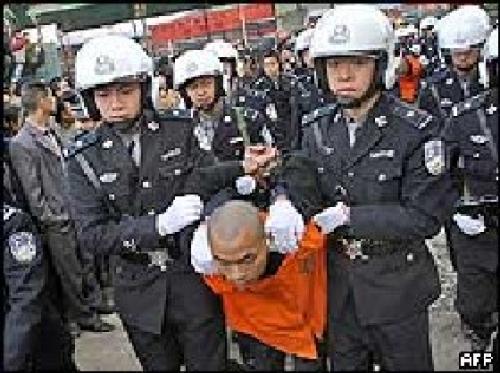 Chinese prisoner is led to execution by soldiers, Chongqing, November 17, 2004

China, whose judicial system has been under scrutiny after a series of widely publicised wrongful convictions, asked its courts to think twice before handing down the death penalty.
"People's courts at all levels should be strict with every procedure and at every juncture in handling death penalty cases," Xinhua news agency quoted Cao Jianming, vice president of the Supreme People's Court, as telling a meeting.