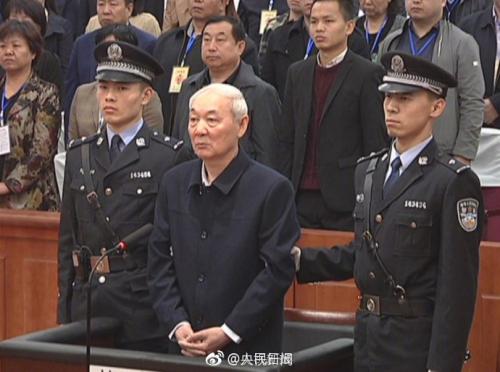 Zhang Zhongsheng, the former vice mayor of Luliang City in north China’s Shanxi Province, was sentenced to death for taking bribes of more than 1 billion yuan (US$159 million), a court said on March 28, according to Xinhua news agency.
Zhang’s personal assets will be confiscated, according to the Intermediate People’s Court of Linfen City in Shanxi.
The former official offered help in the approval of projects and the obtaining of coal resources from 1997 to 2013, when he served as the Zhongyang County chief and later the vice mayor of Luliang City. In exchange he received cash and property worth a total of 1.04 billion yuan, Xinhua reported
He couldn’t name the source of assets valuing 130 million yuan, blatantly ignored laws and was "extremely greedy." His crimes caused "huge losses to the country and its people," the court said, according to Xinhua.