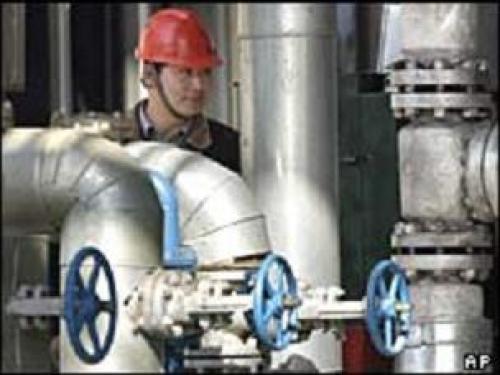 China is currently covered by 30,000km of oil pipeline

Chinese police vowed to clamp down on pipeline oil theft, even threatening to impose the death penalty. According to police oil theft cost the industry more than 1bn yuan ($124.6m, £71.8m) and led to 2,877 arrests.
Many cases were so serious they had "wrecked" production facilities, senior police officials told reporters.
"Criminal punishments will be meted out, including the death penalty," said Ma Weiya, vice director of the police social security management department.
While increased police surveillance had almost halved the number of thefts, he added a significant number of thefts were also going unnoticed, particularly in the Chinese countryside.
The majority of crude oil thieves were farmer peasants in the impoverished and remote regions, who earned a third as much as their city dwelling counterparts, Ma said. One popular method used to steal oil involves thieves building a hut and then drilling into oil pipes beneath the building.