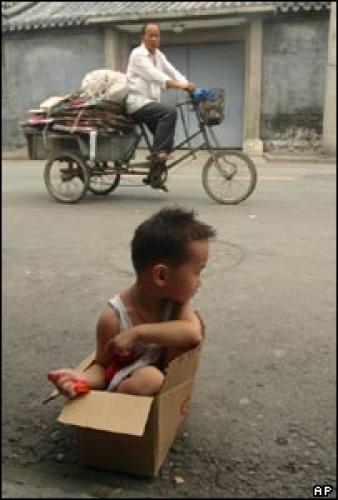 Two child traffickers have been sentenced to death and 10 others given prison terms and fined in North China's Shanxi Province, the Xinhua News Agency reported on 1st June 2019.
The Intermediate People's Court of Yangquan, Shanxi Province, found Wang Xi'e and Liu Liping among others of acquiring numerous babies to seek illegal gains since 2015, Xinhua said.
The babies were transferred to East China's Shandong Province for sale via Wang Chuanbin and others, the report said.
Liu was taken under custody by the police on June 27, 2017 when she was in Yangquan on her way to Shandong to sell a baby boy.
The court found 12 suspects guilty of either trafficking children, or intentionally buying trafficked kids, Xinhua reported.
The court sentenced Wang Xi'e and Liu to death, Wang Chuanbin to life in jail, and other nine criminals to prison time between 15 years to six months plus fines, according to the number of children they trafficked, the nature, detail, harm caused to society and their attitude toward admission of guilt, the report said.