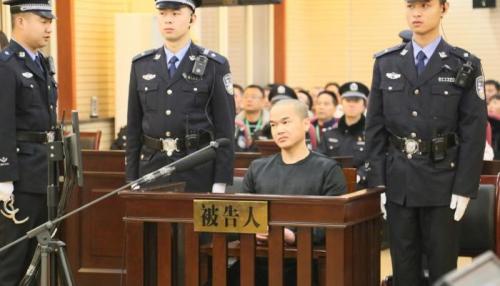 Zhang Koukou, who killed three people in revenge for his mother's death, had his death penalty sentence upheld by Shaanxi Provincial High People's Court after a second trial on 11 April 2019. Zhang Koukou was sentenced to death for killing three neighbours in revenge for his mother’s death, was at Shaanxi Provincial High People’s Court for a second trial, after his appeal, according to China Daily.Zhang, 36, was given the death penalty for the crimes of intentional homicide and property destruction, on January 8th at the province’s Hanzhong Intermediate People’s Court. The original ruling said Zhang, a native of Hanzhong, stabbed Wang Zixin and two of Wang’s sons, Wang Zhengjun and Wang Xiaojun, to death on 15 February last year, then set fire to Wang Xiaojun’s car.The case aroused public attention after it was reported in the media Zhang carried out the killing in revenge for the death of his mother, who had been seriously injured with a stick by Wang Zhengjun, the third son of Wang, during a quarrel in August 1996. His mother died because of the injury.