CONCLUDED THE MISSION OF HANDS OFF CAIN IN ZIMBABWE 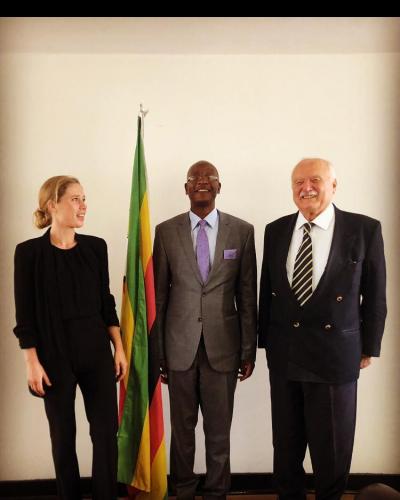 Hands Off Cain's mission to Zimbabwe ended in Harare.
The mission is aimed at encouraging governments that have shown that they want to take concrete steps towards the abolition of the death penalty to vote in favor of the two-year Resolution for the Moratorium on the Death Penalty, which will be presented again to the Plenary Assembly of the General Assembly in New York on December 17th.
Zimbabwe has not practiced the death penalty since 2005, and has made major changes to its Penal Code in 2016, following the constitutional reform of 2014, further restricting the number of crimes for which a judge can pronounce the death penalty.
In addition, President Mnangagwa, himself escaped from execution, has repeatedly expressed himself in favor of the abolition of the practice, as well as Justice Minister Zyambi Zyambi whom the delegation met, after having had a broad and profound discussion with the Parliamentary Commission for Legal Affairs and Justice.
The deputies showed themselves to be very prepared on the subject. They welcomed the NTC 2018 Report and invited the delegation, made up of Ambassador Claudio Moreno and Laura Harth, to return to Zimbabwe to support their initiatives of dialogue and public awareness raising, underlining their personal conviction that the goal must be the total abolition of the death penalty in the state.
The mission continues today and tomorrow in Addis Ababa in Ethiopia, where the delegation will meet the Deputy Minister of Justice Gedeon Thimothewos.