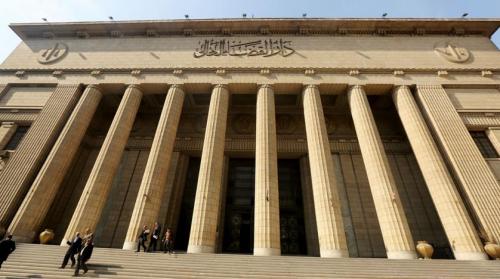 An Egyption court handed preliminary death sentences on 27 January 2020 to three defendants over a failed assassination of Alexandria’s security director in March 2018.
The Cairo criminal court referred the preliminary sentences to the Grand Mufti, the highest religious official, whose non-binding opinion is required by the Egyptian law, according to Ahram Online.
The court convicted a total of 11 defendants of charges including the attempted murder of Alexandria’s security director Mostafa El-Nemr, members of his convoy and others in the Mediterranean City of Alexandria and the murder of two lower-ranking policemen in the attack.
The court is set to issue its final ruling on 21 March.
In March 2018, an improvised explosive device was placed under a car detonated as El-Nemr’s convoy in El-Moaskar El-Romany Street. El-Nemr was not harmed, but the blast killed the two policemen and injured several others.
Days later, Egyptian police said they killed six terrorists, loyal to the Muslim Brotherhood group, believed to be behind the failed assassination attempt on Alexandria’s security chief.